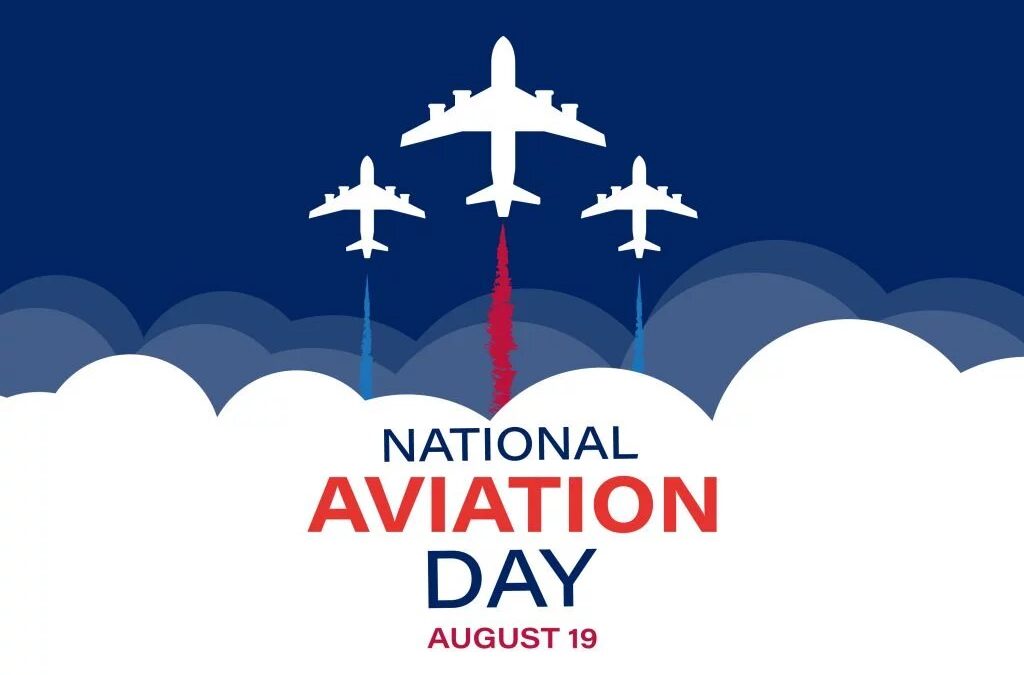 National Aviation Day is commemorated on August 19 of each year. The celebration marks the history and evolution of aviation. The day coincides with Orville Wright’s birthday who along with his brother Wilbur had given vital contributions to the powered flight. The Aviation Day is a form of dedication provided by the Presidential Proclamation to those personalities who helped pioneer aviation in the United States. Celebrating this day is worth noting as one wouldn’t have traveled the whole world in such a short span of time without the invention of flights.

“More than anything else, the sensation of flying is one of perfect peace mingled with an excitement that strains every nerve to the utmost, if you can conceive of such a combination.” – Wilbur Wright

National Aviation Day was first established by the Present Franklin Delano Roosevelt in the year 1939. The day is celebrated as it was issued as a presidential proclamation that marks the birth anniversary of  Orville Wright who was born on August 19, 1871. Aviation Day is considered to be the nation’s success as they were pioneers involved in developing the advancements in the field of aviation. Orville Wright and his brother Wilbur were honored for developing the first successful airplane in the world with aircraft controls which made the pilot steer the plane. Orville Wright made his first flight for about 12 seconds and 120 feet around the site of the Wright Brothers National Memorial on December 17, 1903. Although they were not the first to develop and fly an experimental aircraft, they are the first to invent planes with aircraft controls that made the fixed-wing flight possible. According to the proclamation, Aviation Day is a federal observance, and all the federal buildings and installations in America are required to fly the US flag at a presidential whim. The proclamation was codified as (USC 36: I: A:1:118), and it will allow the sitting US president to issue a proclamation to designate August 19 as the National Aviation Day. He will call on government officials to display the flag of the United States on all government buildings on the day; and will also invite people living in the United States to observe the day with appropriate exercises to further stimulate their interest in the field of aviation in states. Most often the Aviation Day is celebrated with special events at the airports and aviation museums.

How to Celebrate National Aviation Day

Celebrating the National Aviation Day can be done in many ways as one could organize activities in public places and the schools focusing on aviation. Many events can be conducted whereby providing complete information about the term aviation, its history, invention, aviation pioneers, and the opportunities available in the field of aviation. You can even go for a visit to the nearest museums to check out the details in real. If you are affordable, take a trip via a flight to the Wright Brothers National Memorial located in North Carolina and look at the collection of ancient aviation history. Post your Aviation Day celebration pictures on social media using the hashtag #AviationDay or #NationalAviationDay.

Thank you for reading the post. You can celebrate every day with Happydays365.org and Happy National Aviation Day 2021.