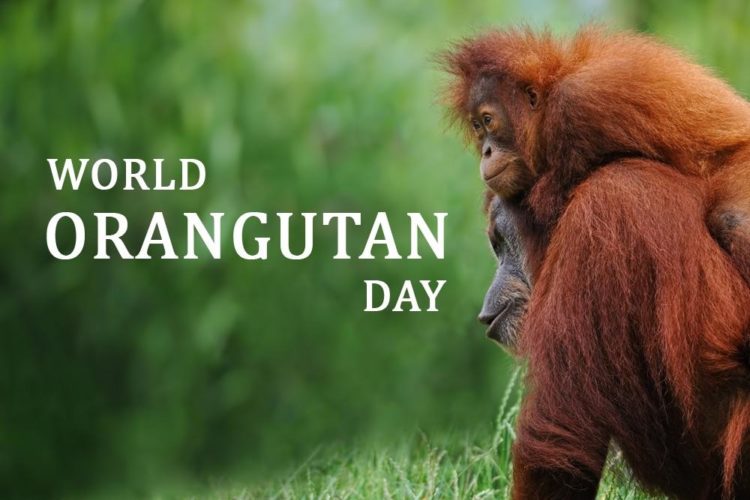 “Chimpanzees, gorillas, orangutans have been living for hundreds of thousands of years in their forest, living fantastic lives, never overpopulating, never destroying the forest. I would say that they have been in a way more successful than us as far as being in harmony with the environment.” – Jane Goodall

The actual year in which the celebration of the International Orangutan Day began was still unknown. However, the day is celebrated to save the species which is in a stage of nearing extinction. The purpose of  Orangutan Day is to promote awareness about the plight of such species as it has moved from endangered to critically endangered species. The history of Orangutans dates back to centuries ago as they are found to be the ancestor of gorillas. They are great apes that spend most of their time in trees and are currently found in only the rainforests regions of Borneo and Sumatra. It is considered to be one species classified in the genus Pongo. Orangutan is an inhabitant of rich tropical forests, and the major threat to this species is habitat loss as the rainforests are converted into palm oil plantations. The unsustainable management of those farms had destroyed the tropical rainforest. Also, the farmers look at the Orangutans as annoyances, and they either kill them or fire the forest. Since 2006, there were only 20,000 surviving which would have more now. Thus, deforestation is the primary cause for such a small number of Orangutan’s existence and if it continues further will turn the great apes sooner become extinct. Create awareness by celebrating Orangutan day to bring some form of improvements in saving this rare species.

How to Celebrate International Orangutan Day

One can celebrate International Orangutan Day by finding out all the information in detail about Orangutans’ habitat, behavior, lifetime, and more. You can even make a visit to the nearest zoo to look at and observe Orangutans. Share your views and information you have gathered so far with your family and friends. You can even send online petitions to protect them. The most important thing which each one can do is to create awareness among the people about the impact of deforestation. Post your Orangutan Day on social media with the hashtag #InternationalOrangutanDay or #OrangutanDay.

Thank you for reading the post. You can celebrate every day with Happydays365.org and Happy International Orangutan Day 2021.