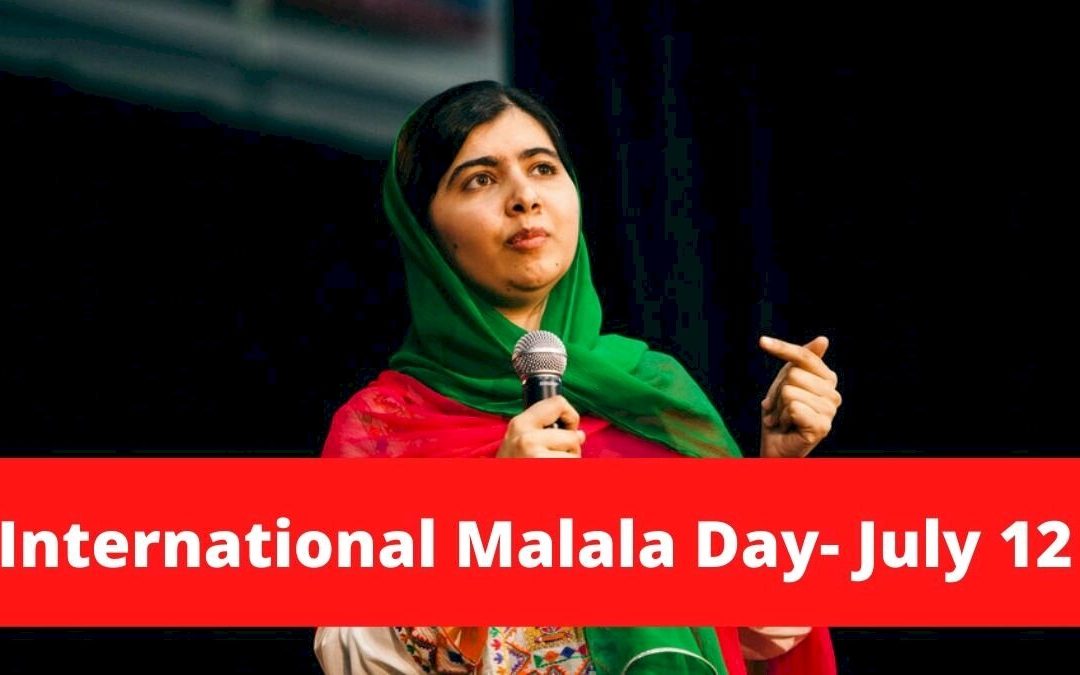 International Malala Day is observed around the world on July 12 of every year. The day came into existence due to the United Nations, which wants to focus on the activist Malala Yousafzai who works for the education of Pakistani children. This day is the birthday of Malala, and it was declared on her 16th birthday. Malala became famous after she was shot in the head and neck by the Tehrik-i-Taliban Pakistan on 9 October 2012 when was advocating for girls’ rights for education and speaking against the Taliban. After the attack, Malala returned to the public with more fierce in her views and continued her advocacy more courageously. She also founded Malala Fund, a non-profit organization that helps young girls go to school. She also co-authored a book called I am Malala which soon became a bestseller internationally.  Malala was campaigning for women’s right to education since 2008. This young activist has gone all over the world and has met many political leaders, celebrities on her trip. She has also been given some awards and honors from all over the world. International Malala Day is dedicated to her to pay tribute to Malala for her contribution to the country’s development.

UN first announced International Malala Day in 2012, 10th November, exactly a month later she was shot by the Taliban for campaigning for girls’ education in Pakistan. In 2013, she celebrated her 16th birthday on 12th July and also delivered a fantastic speech at the UN to call for worldwide access to education, which was also her first speech after the attack. It made people UN astonish by her capabilities and marked12th July as Malala Day. Her goal was so intense and significant that is observed and celebrated on a particular day.

Other Celebrations on July 12

July 12 is also celebrated as

Celebrate International Malala Day by reading and knowing about Malala and her aim towards girls’ education. On this day, the UN awards people who work for similar causes all over the world. The day aims to make people aware that education is our right, and it must not be denied to anyone. Malala has written her book, and one can spend some time reading it. You can also mark this day by donating some funds to her organization that works for women and their needs and rights. Post pictures and share your International Malala Day celebrations on social media by using the hashtag #InternationalMalalaDay.

Thank you for reading the post. You can celebrate every day with Happydays365.org and Happy International Malala Day 2021.