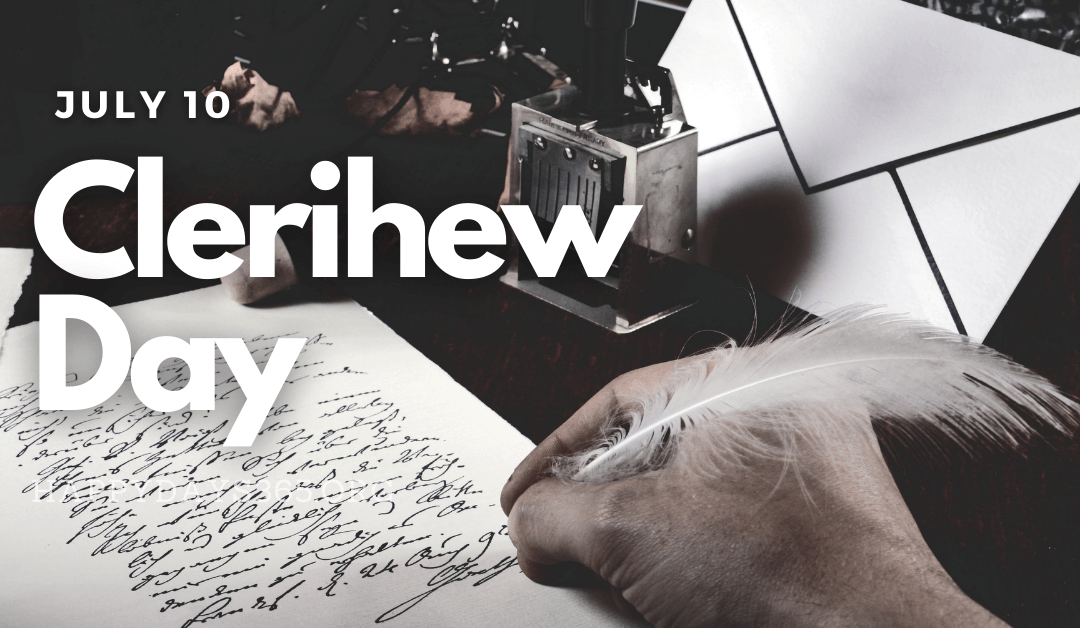 A clerihew is a funny and four-line biographical poetry invented by Edmund Clerihew Bentley. It is not that easy to write a whole biography in four-line, but several poets out there do this brilliantly. To celebrate their poetry and creation the day is celebrated on July 10 of every year. Let’s see more about Clerihew day, its history, and how it celebrated in the upcoming article.

The day is celebrated every year on July 10th, the birthday anniversary of Edmund Clerihew Bentley. He is the creator of this form of poetry and also a master of it. Here is one of his popular works done in 1905

Sir Christopher Wren
Said, “I am going to dine with some men.
If anyone calls
Say I am designing St. Paul’s.”[1]– Bentley

The day is celebrated popularly by poet and poetry institutions around the world annually. On this day, you can also learn to write Clerihew poetry. But before writing one you should know the rule of Clerihew poems like

Some of the famous Clerihew Poems

Sir Humphry Davy
Abominated gravy.
He lived in the odium
Of having discovered sodium.

George the Third
Ought never to have occurred.
One can only wonder
At so grotesque a blunder.

John Stuart Mill,
By a mighty effort of will,
Overcame his natural bonhomie
And wrote Principles of Political Economy.

Sir Henry Rider Haggard
Was completely staggered
When his bride-to-be
Announced, “I am She!”

Thank you for reading the article. Celebrate every day of your life with Happydasy365.org. Happy Clerihew Day 2021.