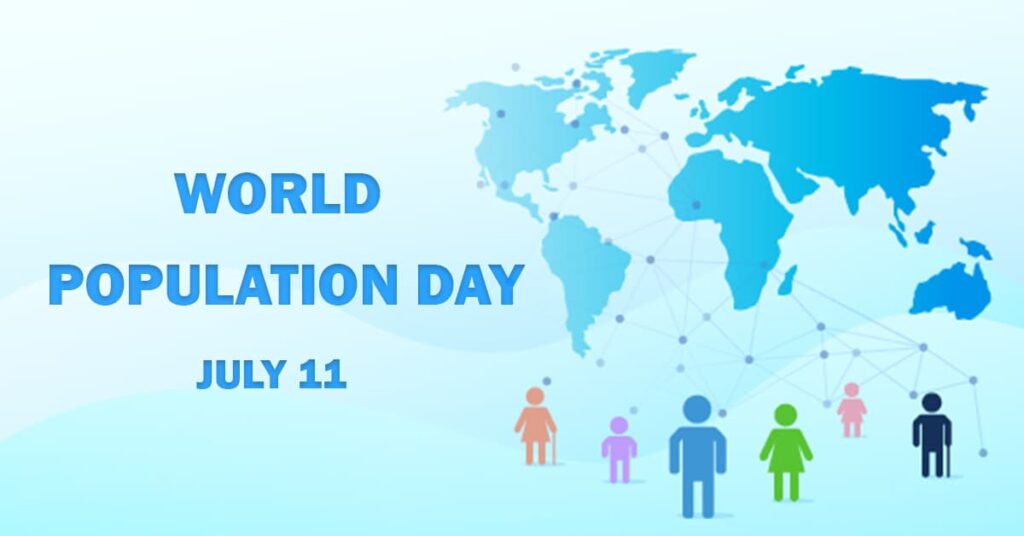 World Population Day is celebrated on July 11 of every year. The day is entirely about raising awareness about the global population issues like the importance of family planning, including poverty, gender equality, maternal health, and human rights. The growing population is a major concern as the world getting crowded will have higher repercussions on natural resources which sustain all the living organisms. The unrestrained growth in population has already started to exhibit devastating effects on the world’s natural resources which are receding at a fast depletion rate. So World Population Day is a perfect day to raise awareness among the people about the issues of the Global population.

“Environmentalists have been outspoken in their support of smaller family size and abortion rights as keys to reducing global warming. But when it comes to immigration, the single biggest contributor to population growth in the industrial world, they stand largely silent.” – Gary Bauer

In 1968, the leaders around the world proclaimed that people had basic human rights to decide responsibly and openly the number and timing of their child. After 40 years, modern contraception remains out of reach for millions of women, men, and young people. The day was established in 1989 as an outgrowth of the Day of Five Billion which was marked on July 11 of 1987. The UN authorized the World Population Day event as a vehicle to build awareness on the issues of population and the impact that they have on development and the environment. From then, the UNFPA (United Nations Population Fund’s) encouragement, governments, non-governmental organizations, individual agencies, and institutions organize various educational activities to celebrate the day.

Other Celebrations on July 11

July 11 is also celebrated as

World Population Day will be celebrated worldwide by business groups, community organizations, and individuals in several ways. The activities may include educational information sessions, seminar discussions, and essay competitions. You can increase awareness among the people of the issues of the growing population and their devastating effects on the world’s natural resources. You can use the hashtag #WorldPopulationDay to raise awareness on social media.

Thank you for reading the post. You can celebrate every day with Happydays365.org and Happy World Population Day 2021.