“I don’t really believe in diets. I love food… If I deprive myself, I’m going to want it more. I snack on yogurt, raw cashew, and cherry tomatoes.” – Nicole Scherzinger.

The origin and history of National Chocolate Covered Cashew Day are not known. Chocolate goes well with almost everything, especially chocolate coated nuts are a sweet treat. Cashews are native to Northeastern Brazil; now cashew trees are grown in tropical climates widely all over the world for its fruit and cashew nuts. Portuguese settlers in Brazil started exporting cashew nuts during the 1550s. Now great production of cashew nuts occurs in India, Vietnam, Ivory Coast, and Nigeria. Unexpectedly, the cashew nut shell is poisonous, and that is why the shell of cashew nuts are removed before selling to customers. The delicious cashew nut is not only a popular snack, but it is also used in cooking and for garnishing sweets. 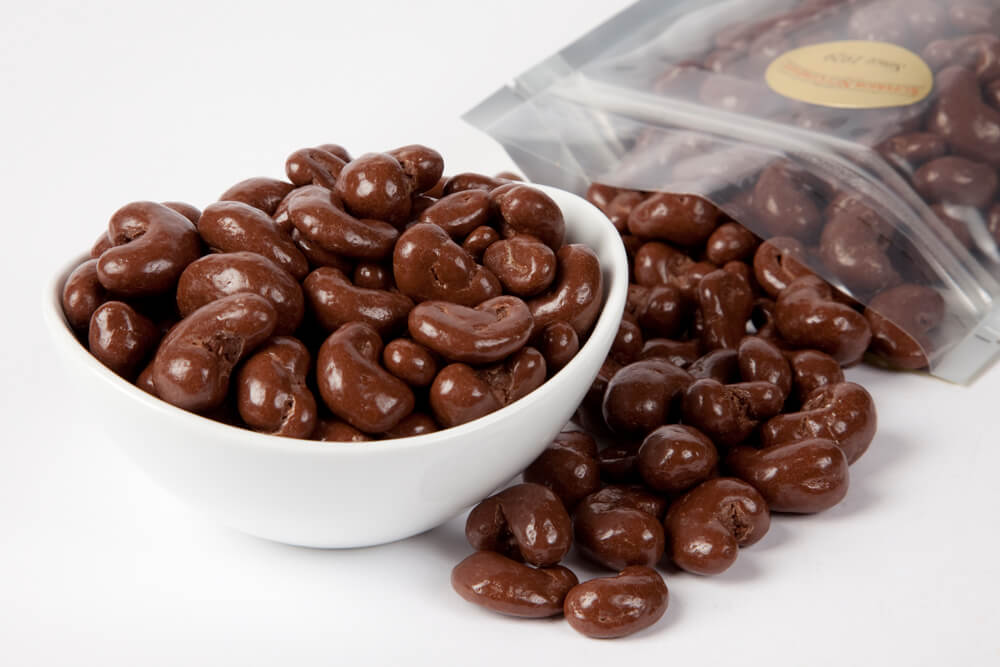 Thank you for reading the post. You can celebrate every day with Happydays-365.com and Happy National Chocolate Covered Cashew Day 2018.