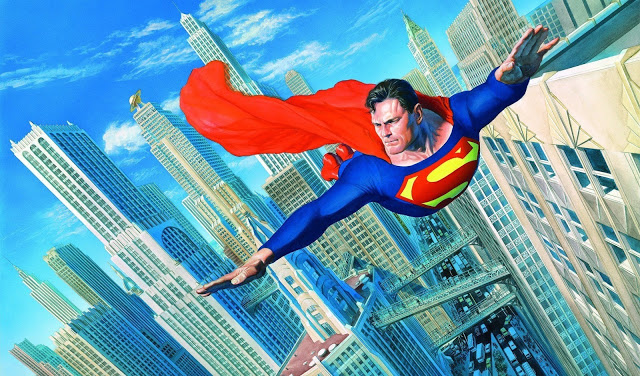 National Superman Day is observed every year on the 12th of June. National Superman Day is celebrated to honor the Man of Steel Superman. Superman has been called by many names in recent years but one thing remains common in him. He always stood for what is best for humanity. There are billions of fans around the globe for the man of steel. This day is mainly celebrated to cherish the memories of the Superman character. From somewhere in 1933 to the present, the character Superman has never failed to entertain the people. What’s that in the sky? Is it a Bird? Is it a Plane? No, it is Superman! The Man of Steel.

“What makes Superman a hero is not that he has power, but that he has the wisdom and the maturity to use the power wisely. From an acting point of view, that’s how I approached the part.” – Christopher Reeve

In the year 2013, DC Entertainments along with the booksellers, retailers, and bookstores around America declared Wednesday, June 12, 2013, as National Superman Day (Man of Steel Day). The movie Man of Steel was set to release on June 14, 2013, across the world, and before that the National Superman Day was declared. In 2013, On June 12, Whoever visits their local comic retailer shop will get the Superman goodies which include banners and posters of the brand new “Man of Steel” movie along with a free copy of All-Star Superman #1 Special Edition Comic Book written by Frank Quietly and Grant Morrison.

Superman was created in the year 1933 by Jerry Siegel and Joe Shuster, the artist and the writer respectively. The first appearance of the hero Superman was in an Action Comic. It is the beginning of the most celebrated superhero’s career “The Superman”. Superman has been through various changes in the dressing and it differs from artists and seasons of Superman episodes. It was in the year 1939, Superman was given the blue suit and since then his character revolves around this color. His appearance may vary but his intention to save this planet and humanity remains the same for him. National Superman day is celebrated to honor the artists and creators of this Superhero as well.

How to Celebrate National Superman Day

There are plenty of ways to celebrate Superman Day. You can visit the nearest comic retailers and get a superman bundle for free. You can host a party that is fully superman themed and celebrate the day with your friends and family. You can get some old Superman comics and read them on this day. You can tell your friends and family about this superhero and celebrate with them by watching a Superman movie together. Most importantly, You can celebrate this day by sharing what you like in the character “Superman” on social forums with the hashtag #SupermanDay.

Thank you for reading the post. You can celebrate every day with Happydays365.org and Happy National Superman Day 2021!