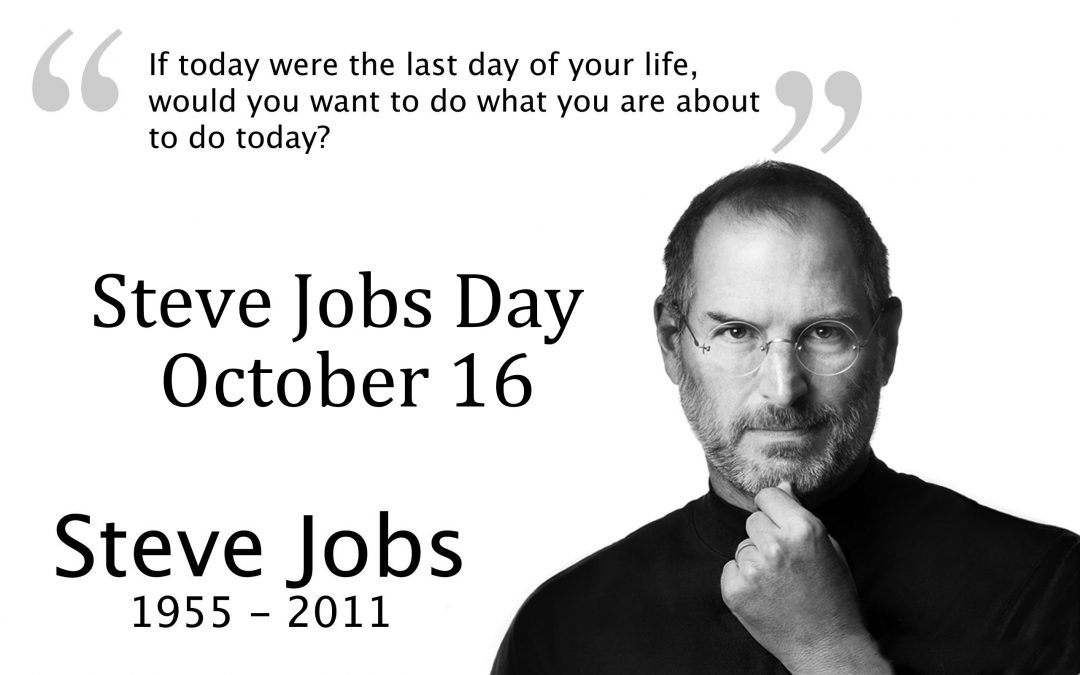 Steve Jobs day is celebrated every year on 16th October, Are you one among the millions owning an iPad, iPhone, or Mac? Then you pay your respect to this amazing man by the name of Steve Jobs. He was the chief executive officer (CEO), chairman and a co-founder of Apple Inc, and also the shareholder of Pixar. He is also the chairman, founder, and CEO of NeXT. He and Apple co-founder, Steve Wozniak are mostly acknowledged as explorers of the microcomputer revolution of the 1970s and 1980s.

“I’m convinced that about half of what separates successful entrepreneurs from the non-successful ones is pure perseverance” – Steve Jobs.

The day was created by California governor Jerry Brown to honor Steve Jobs who passed away on 5th October 2011 due to pancreatic cancer. This day is celebrated every year in memorial to this great American entrepreneur, amazing inventor, businessman, and industrial designer.  He was born in San Francisco and his parents had to put him up for adoption at birth. In 1960, he was raised in the San Francisco Bay Area. In the year 1976, he invented Apple and he stayed in Apple until the year 1985, then he resigned from the company with $7 million. Then he established NeXT computers, which was finally bought by Apple and this marked his return to Apple in the year 1997.

If you are not an Apple user then take this Steve Jobs Day as an opportunity to buy an apple product and enjoy the amazing features of Apple. Also, take a picture with your Apple products and share it with others on social media using the hashtag #SteveJobsDay.

Thank you for reading the post. You can celebrate every day with Happydays365.org and Happy Steve Jobs Day 2021.