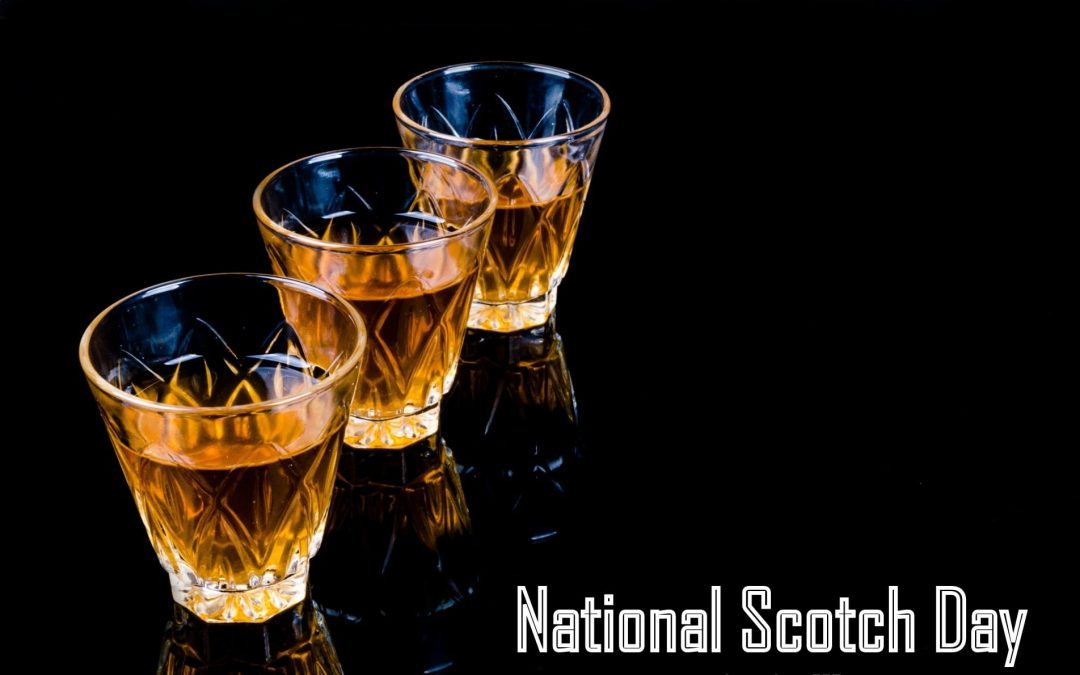 “For her fifth wedding, the bride wore black and carried a scotch and soda.” – Phyllis Battelle

The origin and the history of the National Scotch Day are not known. Scotch is said to be evolved from a Scottish drink called uisge beatha, meaning water of life. The first record of scotch whiskey dates back to 1495 in the royal history of income and expenditure, Exchequer Rolls. A friar named John Cor was the distiller of that time. Distilleries for scotch were well established by the late 15th century. The tax was first imposed on whiskey in the year 1644, causing the rise in illegal distilleries to grow around the country. The whiskey gained its popularity due to two main reasons, one is, in 1831, a new production process called Coffey or Patent Still was introduced which made the whiskey less intense and smoother. The second reason is the Phylloxera bug which reduced the production of wine and cognac in France in 1880 and scarcity made people shift their drink to scotch. Thus, scotch became popular and spread around the world.

Other Celebrations on July 27

July 27 is also celebrated as

How to celebrate National Scotch Day

Though scotch is made only in Scotland, it is a popular drink that is available all over the world. Celebrate National Scotch Day by having scotch whiskey in the way you like. Whiskey can be drunk neat, with ice as on the rocks, mixed with water or other drinks as a cocktail; few cocktail recipes use scotch. It tastes the best when it is poured straight from the bottle, so drink neat to enjoy the real flavour of the whiskey. You and your friends can head to a bar or restaurant to celebrate the drink. One can best observe the day by attending Scotch whiskey tasting sessions that will happen in places like bars, stores and distilleries. You can gift a bottle of whiskey to a particular person of your life and celebrate the day with them. Get a glass and some whiskey to cherish the drink and the day. Post pictures and share your National Scotch Day celebrations on social media by using the hashtag #NationalScotchDay.

Thank you for reading the post. You can celebrate every day with Happydays365.org and Happy National Scotch Day 2020.