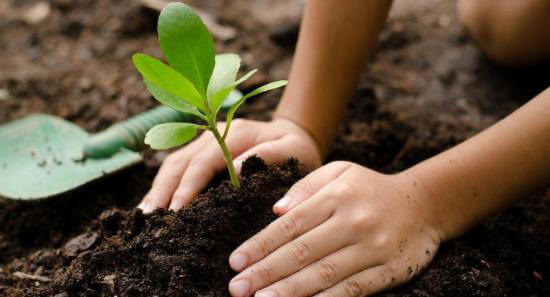 Greenpeace Day or National Greenpeace Day is commemorated on September 15 of every year. Have you ever closed the leaking pipe or switched off the lights when not needed or reduced the plastic usage? If so, then you are a green-life supporter and eco-conscious person who actively involved in the saving the planet. If you are genuinely concerned about the environment, then this day is for you. Any form of small contributions to the mother earth is a kind of involvement in the movement, and that marks the celebration of Greenpeace Day. The observance of the day is not only for those environmental concerns but is also for all of us who wanted the world a better place to live in the near future. Greenpeace movement is a world-famous campaign organization that deals with environmental and ecological issues. Greenpeace Day is a perfect day to get passionate about the environment and bring out the inner activist.

“Our globe is under new dramatic environmental pressure: our globe is warming, our ice caps melting, our glaciers receding, our coral is dying, our soils are eroding, our water tables falling, our fisheries are being depleted, our remaining rainforests shrinking. Something is very, very wrong with our eco-system.” – Richard Lamm

Greenpeace Day or National Greenpeace Day was first established by Gregor Robertson and observed in the year 2011. Originally the Greenpeace was founded on September 15, 1971, by a group of 17 activists. The activists on this day had protested in Vancouver against the nuclear testing that was about to take place on the off-shores of Alaska in the hope of stopping it. They held a benefit concert to raise money, and they chartered a ship with the handwritten name Greenpeace and departed from the shore of Canada to the Alaskan island to protest the nuclear test out at sea. The activists had to return due to the bad weather and also the U.S. Coast Guard ship has ordered them to sail back as they didn’t know the destination.

Despite this, Greenpeace had made a tremendous impact on the world and bringing awareness about nature-related issues. Since then, it has had a lot of victories and is still one of the best-known environmental groups in the world. Greenpeace is a non-governmental environmental organization that focuses its campaigning on global issues like climate change, deforestation, overfishing, genetic engineering, commercial whaling, and anti-nuclear issues. Thus they promote awareness from the melting ice of the Arctic to protecting the oceans and rainforests to working towards nuclear disarmament. The goal of the Greenpeace organization is to “ensure the ability of the Earth to nurture life in all its diversity.”

It is a global organization that does not receive funds from governments, corporations, or political parties, and relying on individual supporters and foundation grants of 2.9 million people. The NGO has offices in more than 40 countries globally with an international coordinating body located in Amsterdam, the Netherlands. Greenpeace is recognized for its direct actions and has been labeled as the most visible environmental organization in the world. The organization has raised environmental issues to the public knowledge and had even influenced both the private and the public sectors.

Greenpeace constantly aims for their vision of a society to recognize the mother earth as an essential life support system and must be protected and cared for as the resources are infinite. The fundamental principles of the organization include protecting biodiversity in all its forms, preventing pollution and abuse of the earth’s ocean, land, air, and freshwater, ending all nuclear threats, and promoting peace, global disarmament, and non-violence. In honor of Greenpeace, Vancouver Mayor, Gregor Robertson proclaimed Greenpeace Day in 2011.

Other Celebrations on September 15

September 15 is also celebrated as

How to Celebrate National Greenpeace Day

Celebrating National Greenpeace Day is very simple. Indulge yourself to take part in saving the mother earth with simple activities like switching off the light bulbs, putting wastes in the dustbin, ride a bicycle to reduce pollution, and more. Encourage people to save endangered species. Go green and volunteer yourself to help raise awareness for Greenpeace issues. Post and share your Greenpeace Day celebrations on social media using the hashtags #GreenpeaceDay or #NationalGreenpeaceDay.

Thank you for reading the post. You can celebrate every day with Happydays365.org and Happy National Greenpeace Day 2021.