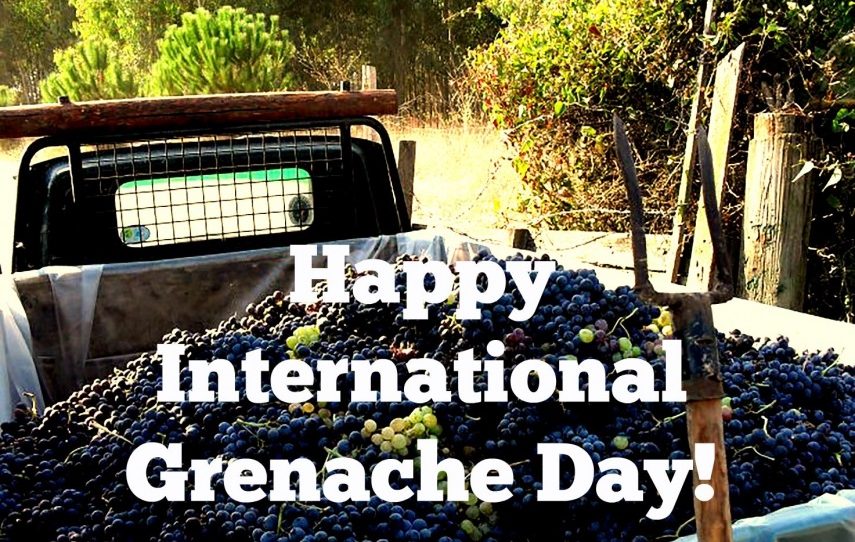 International Grenache Day is celebrated on the Third Friday of September. This year it will be celebrated on September 17. Deep within Aragon, a country in the north of Spain, a dark purple-red jewel dangles in bunches from vibrant green leaves. It has grown in the warm sun of its native land, filling with a natural berry-type sweetness and just a touch of spiciness that makes it incredibly enjoyable to fans of wine. This is each Grenache Grape, and it was formerly known as the Red of Aragon (Tinto Aragonés), and International Grenache Day feasts its august history and the additions it made to some of the world’s most delightful wines.

“I look for wines that have fantastic aromatic complexity as `well as rich, voluptuous textures that never come across as heavy or cumbersome. To me, Grenache has the rare ability to deliver both hedonistic and intellectual gratification. The fact that it can be relatively approachable in its youth and has a broad drink window is just icing on the cake. – Jeb Dunnuck

As stated, the Grenache takes its origins from the Aragon region of northern Spain, and from there has grown out to be cultivated in Sardinia, Southern France, San Joaquin Valley in California, and Australia. This grape has such an amazingly diverse flavor profile throughout its life, from raspberry/strawberry with a white pepper spice note in its early life to aging in the wine to produce fresh and tart flavors. While such flavors may sound unpleasant to those who aren’t oenophiles (lovers of wine), they can be a point of delightful interest for those who make wine their passion.

The Grenache Association founded International Grenache Day to celebrate this grape and all the varieties and vintages of wine that were produced from it. In fact, across the ages that have passed since it began being used and cultivated, new types have appeared. Grenache noir “Red Granche” is the most generally known, but there’s also Grenache Blanc and of such importance that it ranks on the fourth most planted white wine in France. There’s also one called “Hairy Grenache” developed to protect itself from transpiration through the same underleaf fuzz mechanic being in rosemary and other shrubs of the Mediterranean. International Grenache Day provides you with the opportunity to explore this wine, its history, and become just a little bit of an oenophile for a day.

How to Celebrate International Grenache Day

The real way to feast International Grenache Day is to spread the gospel of Grenache. Host a game on Grenache Day, get friends together and share some of your favorite Grenache vintages, or even host one at your local restaurant. There’s never a wrong time or place to help let people know about this fantastic grape and all the wines produced from it.

If you run a winery of your own, you can host an issue and let people know about it. You can read how your wines are blended, what you add and what characteristics they add, and how you select what years Grenache should just reach on its own in a vintage. On International Grenache Day, dispense your pride and your good taste with a glass of Grenache. You can use the hashtag #GrenacheDay to spread awareness on social media.

Thank you for reading the post. Celebrate each day with Happydays365.org and Happy International Grenache Day 2021.