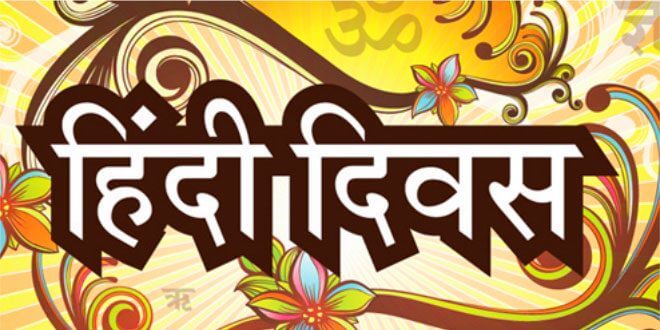 “Hindi has always been such a language that it never boycotted any word just because of its foreign origin.” – Dr Rajendra Prasad

Hindi Divas was celebrated on September 14 of 1953. During a Hindi Literary Festival in 1918, Mahatma Gandhi declared Hindi as the National Language of India. On September 14, 1949, the Constituent Assembly unanimously decided that Hindi would be India’s Mother language. Chapter 17, Section 343 (1) of the Indian Constitution declares that the official language of the Federation would be Hindi. After this statement from Indian Constitution, Hindi Diwas was officially celebrated from the year of 1953. September 14 was chosen as the decision of Hindi as Mother Language was made on September 14. The survey states that nearly 800 million people across the world are using Hindi as their primary language and nearly 150 universities around the world offer courses in the Hindi language.

Hindi Diwas is celebrated every year to emphasize the importance of Hindi and to promote the Hindi Language. Hindi Diwas is a perfect day to remind the students about their roots. No matter where we reach and what we do, if we remain grounded and in sync with our roots, we stay unshakable. Every year, Hindi Divas reminds our true identity and unites the people of our country.

Other Celebrations on September 14

September 14 is also celebrated as

How to Celebrate Hindi Diwas Day

The Hindi Divas will be celebrated mainly in schools, colleges, and Government offices. In schools and colleges, Hindi debate, poem or storytelling competitions will be conducted. Cultural programs will also be held, and the teachers will give the speech to emphasize the importance of the Hindi language. It is also observed at the national level where the president of the country will honor the people who have gained excellence in any field about the Hindi language. Share your thoughts and post pictures on social media like Facebook, Twitter, Instagram, and much more by using the hashtag #HindiDiwas or #HindiDivas.

Thank you for reading the post. You can celebrate every day with Happydays365.org and Happy Hindi Divas 2021.