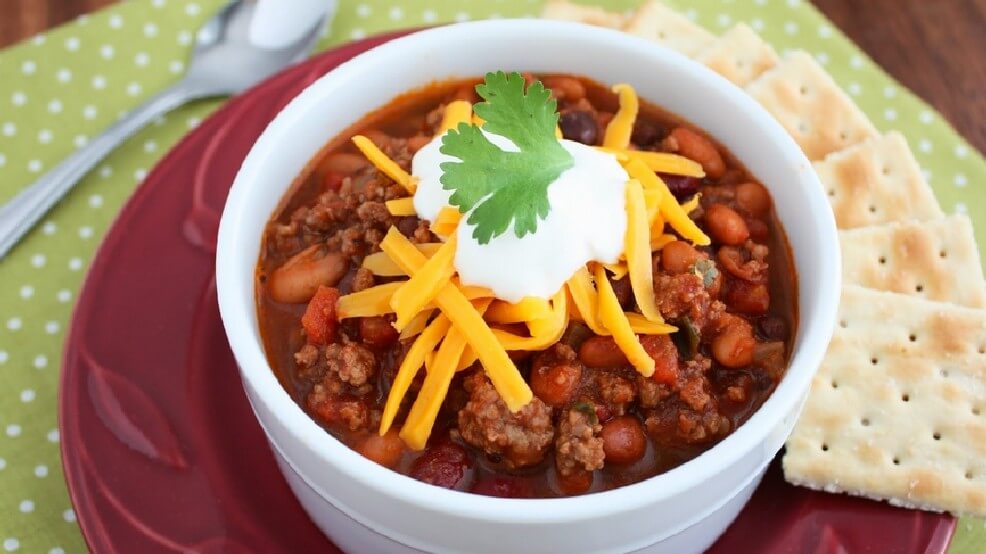 National Chili Day is celebrated on the fourth Thursday of every February. This year it will be observed on February 25. The National Chili Day honors America’s favorite winter dishes-chili, which is also called Chili Con Carne. Chili is referred to as “Chili Pepper” in Spanish and Carne means “meat.” Chili is made up of tomatoes, Chili peppers, meat, beans, garlic, cumin, and onions. Chili is of several variations, and it is often the favorite dish in cook-offs. National Chili Day is a perfect day to enjoy the taste of your favorite Chili with your family members and friends.

“The Chili Peppers do a lot of improvising, but it’s within the framework of song structures. The Meatbats is from a purely instrumental standpoint. But when you hear the term ‘instrumental music’ you think it’s real serious stuff and everybody’s playing a million notes and it’s about playing fast. That’s not what we do.” Chad Smith

The exact origin and the founder of National Chili Day are still unknown. The modern Chili is usually associated with the Mexican cuisine.But Mexico is not only the country which influenced the Chili dish. Chili also incorporates the cultural traditions of the Spanish and Native American cultures. While spreading in the united states of America, it also picks the regional influences also.

American frontier settlers used Chili recipe of dried beef, dried Chili peppers, salt, suet to pound together to form a dried brick. These bricks could be boiled in pots on the trails. In 1893, San Antonio Chili Stand helped people from all over the United States of America to acknowledge the taste of Chili at the Columbian Exposition in Chicago. As San Antonio is a significant tourist destination, it helped the Texas-style Chili con carne spread throughout the south and west parts of America. The Chili con carne was designated as the official dish of the U.S. state of Texas in 1977 by the House concurrent resolution Number 18 of the 65th TexasLegisalature.

Other Celebrations on February 25

February 25 is also celebrated as

How to Celebrate National Chili Day

The best way to observe the day is by enjoying the taste of your favourite Chili recipe with your family members and friends. Even though National Chili Day is not an official holiday, it is widely celebrated by many restaurants by offering the free samples of their unique Chili recipe. Try to cook your favourite Chili on your home and share them with your family members and friends. Gather your friends for dinner and conduct a chilli themed party. Post pictures and share your celebrations on the social media by using the hashtag #ChiliDay.

On Naional Chili Day Try any one of the following Chili Recipe:

Thank you for reading the post. You can celebrate every day with Happydays365.org and Happy National Chili Day 2021.