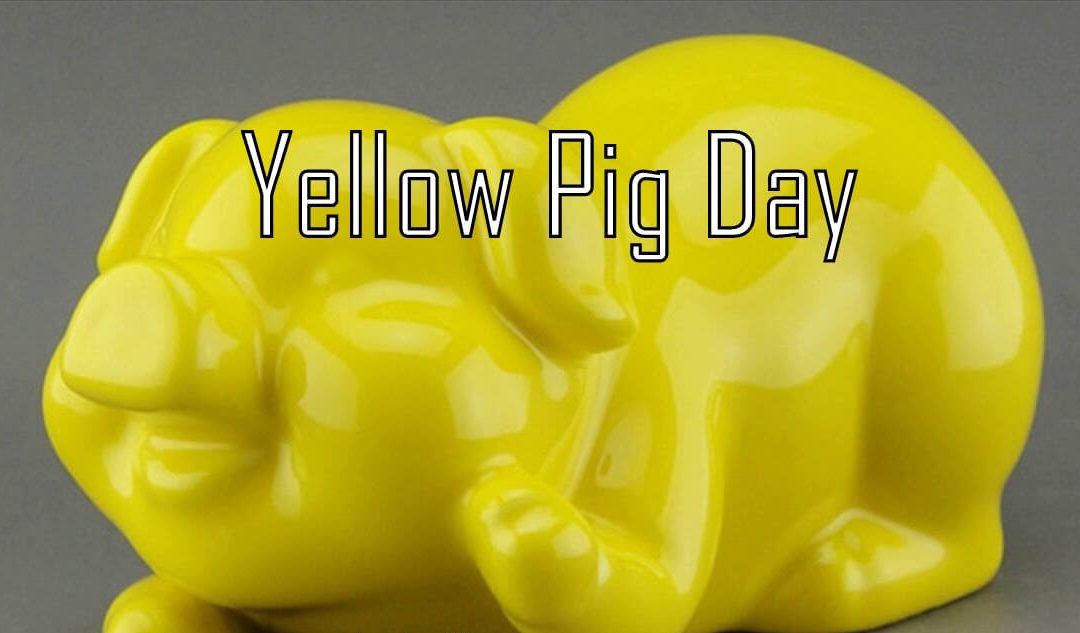 Yellow Pig Day is a mathematics holiday observed all around the world on July 17 of every year. It celebrates the number 17. The number 17 is celebrated because it is a unique prime number and has much importance in mathematics. 17 is sum of the first four prime numbers 2, 3, 5, and 7. Prime numbers have its uniqueness of getting divided by 1 or by itself. A psychology study reveals that many people tend to choose the number 17 when they are asked to select a number from 1-20. This day is widely celebrated by mathematicians and by various institutions all over the world. Mathematician began to celebrate the day because of the exciting properties of the number 17.

“You can put wings on a pig, but you don’t make it an eagle.” – William J. Clinton

Yellow Pig Day was created by two mathematician that is Michael Spivak and David C. Kelly in the year 1960. They were students at Princeton University and were studying mathematics. It is assumed that they were making research on interesting proprieties of the number 17, which led to the invention of the Yellow Pig Day. But anyways the reason for naming the day yellow pig is unclear. The yellow pig mentioned by them is believed to have 17 toes, 17 teeth, 17 eyelashes, etc. and the number 17 has always been linked with it ever since. David C. Kelly ran Hampshire College Summer Studies in Mathematics and also lectured and developed classes based on it. Micheal Spivak had written several math books which had references to yellow pigs and the number 17 indirectly. Spivak always had the habit of referring something to something; some books contain references to Chinese Policeman.

Other Celebrations on July 17

July 17 is also celebrated as

It is celebrated all around the world but mainly held as a festival at Hampshire College Summer Studies in Mathematics. Students on this day wear t-shirt that has yellow pigs on them. On this day, David Kelly had a habit of lecturing on the number 17 and also displayed his collection of yellow pigs. The day will be ended by singing yellow pig day carols. On this day people exchange gifts relating to the day and also cut yellow pig themed cake. The fun way to celebrate the day is by doing and learning mathematics. Gift your mathematician a memorable present. You can spend some time in learning about the fascinating facts of the number 17. Post pictures and share your celebrations on social media by using the hashtag #YellowPigDay.

Thank you for reading the post. You can celebrate every day with Happydays365.org and Happy Yellow Pig Day 2021.