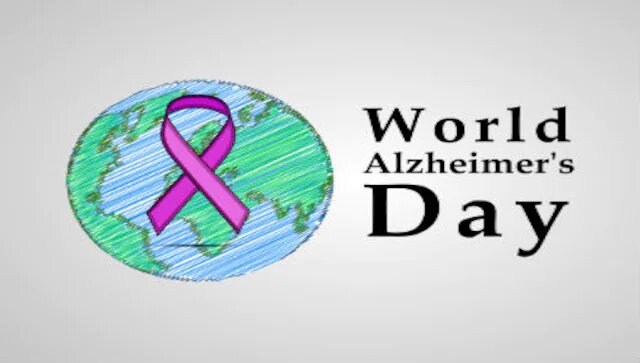 World Alzheimer’s Day is celebrated on September 21 of every year. Alzheimer’s disease is a disorder that impairs mental functioning and is considered to be the most common form of dementia. Although the main symptom of the disease is unknown, the observance of the day will promote the need to find the disease at the early stage. The day remembers the people who are affected by dementia, their families, carers, and their friends. World Alzheimer’s Day is an international awareness campaign that raises awareness and challenges the stigma that surrounds dementia.

“Caring for an Alzheimer’s patient is a situation that can utterly consume the lives and well-being of the people giving care, just as the disorder consumes its victims.” – Leeza Gibbons

World Alzheimer’s Day was first launched at the tenth annual conference of Alzheimer Disease International (ADI) in 1994. The day is observed as an initiative of ADI. On this day, Alzheimer’s organizations from around the world work towards raising awareness about both Alzheimer’s and dementia diseases. World Alzheimer’s Day aim in improving the quality of life of people who are suffering from dementia. Alzheimer’s is a chronic neurodegenerative disease that is often called a family disease. The cause of Alzheimer’s disease is not known, but it is a genetic disorder. Other risk factors like head injuries, depression, or hypertension may lead to this deadly disease. The Alzheimer’s disease process is associated with the plaques and tangles in the brain. A survey states that in every 68 seconds, someone develops Alzheimer’s disease which usually starts slowly and worsens over time.  Alzheimer’s is the cause of 60 to 70 percent of cases of dementia.

The most commonly found early symptom is the difficulty in remembering recent events or is called short-term memory loss.  Advanced disease symptoms include problems with the language they speak, disorientation, loss of motivation, mood swings, not managing self-care, and behavioral issues. ADI will look for the financial support to produce and distribute the World Alzheimer’s Day materials globally and thus enable the members to conduct the events in their countries. Often the affected people will increasingly depend on others for assistance. The bodily functions will be lost which ultimately leads to death. The speed of the progression varies between people who have Alzheimer’s disease and their average life expectancy after the diagnosis will be three to nine years. Every September is World Alzheimer’s Month and this year will mark the 6th global World Alzheimer’s Month.

Other Celebrations on September 21

September 21 is also celebrated as

Indulge yourself with the Alzheimer’s organization in your country to create awareness about this disease. Educate people around you about its early symptoms and how it is important to treat them at the earlier stage. Post and share your World Alzheimer’s Day celebrations on social media using the hashtag #WorldAlzheimer’sDay.

Thank you for reading the post. You can celebrate every day with Happydays365.org and Happy World Alzheimer’s Day 2021.