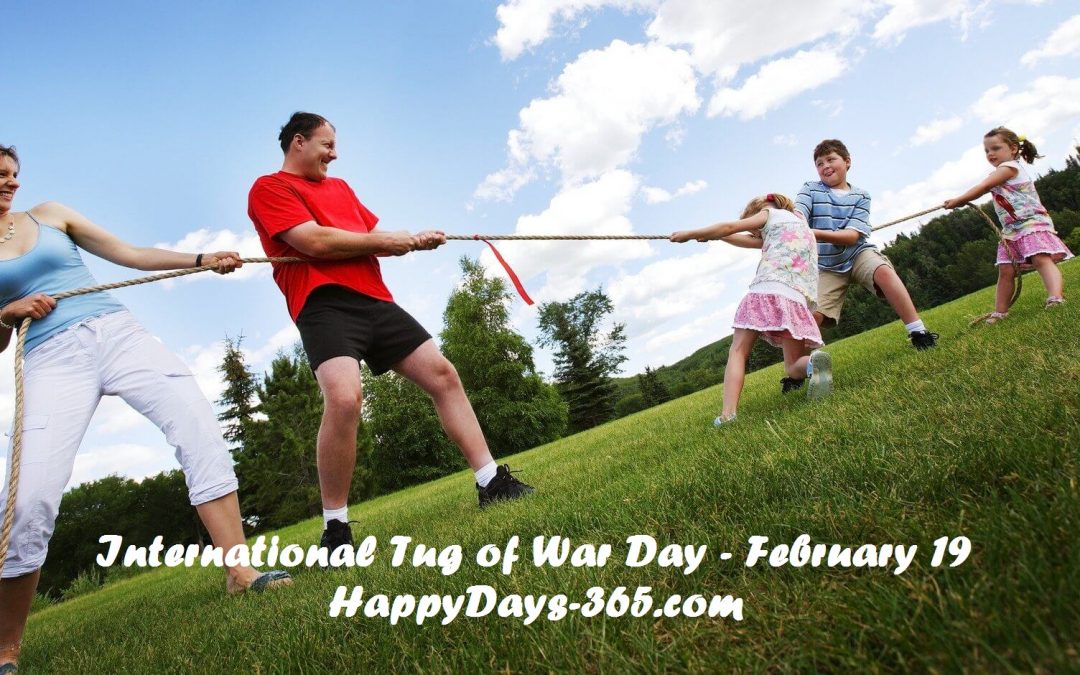 International Tug of War Day is celebrated on February 19 of every year. International Tug of War Day is dedicated to honoring one of the easiest of sports Tug of War. It is a competitive sport that is good for building muscles, and it is excellent fun to play this game. Tug of War is played all around the world and from various ancient drawings, it is clear that this game has existed for more than thousands of years and it has a great old history. Different countries like India, Egypt, Greece etc. have an ancient history of this game.

“If you’re losing a tug of war with a tiger, give it the rope. You can always buy a new one.” – Max Gunther.

The origin and history of International Tug of War Day are still unknown. Everyone will be aware of this game, and all must have played this game at least once in their youths in school or the summer camp, or during other occasions. This game has grown up now, it not only has its holiday, but this game also has an international and national federation that organise tug of war tournaments worldwide. To play this game, just take a rope and tie a cloth in the middle of it and split into two teams. These teams should hold each end of the rope and try to pull the other team towards them to win the game. Sometimes this game is played using a stick instead of rope. Very few to a large crowd of people can take part in this game.

Other Celebrations on February 19

February 19 is also celebrated as

How to Celebrate International Tug of War Day

On International Tug of War Day, try to participate in any of the official tuggers of war tournaments organized in various parts of the world or simply organize your event and enjoy playing Tug of War with your family members and friends. Also, take pictures and videos while playing Tug of War game and share it with others on social media by using the hashtag #TugofWarDay.

Thank you for reading the post. You can celebrate every day with Happydays365.org and Happy International Tug of War Day 2020.