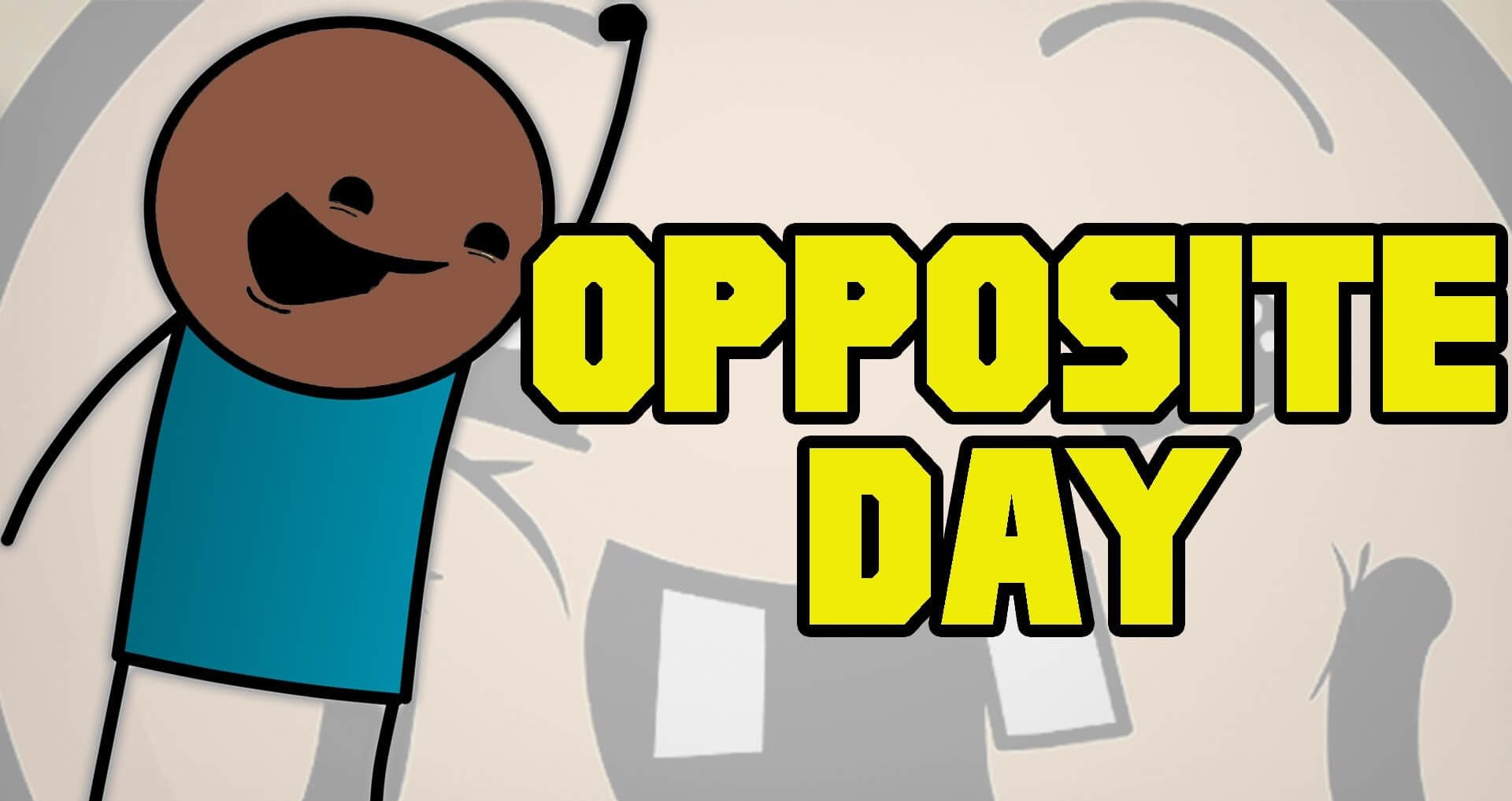 National Opposite Day is celebrated on January 25 of every year. It is an unofficial holiday when every action is modified as that the meaning is negated. The children commonly celebrate the day, and rarely it lasts for the entire day. The reason for creating the day is still unknown, and some of them say it comes from the playground game. The children’s commonly celebrate the day by asking silly questions to each other and reversing the answers. Hence it is a perfect day to celebrate by doing everything in the wrong way.

“Clock Measurement is not time itself. In fact, so opposed are they that one could argue the clock is not a synonym, but the opposite of time.” – Jay Griffiths

History of National Opposite Day

The inventor or creator of this day is still unknown. But some of them said that President Calvin Coolidge in 1920 introduced the Day.  He made a statement to the press by announcing that “I do not choose to run” in the 1928 election. This statement made a debate among the peoples and left wondering what he meant the opposite. Another leading discussion on National Opposite Day is that some of the sources said that the Day should be observed on January 25 while some of them stated that it would be celebrated on January 7. However, some of them celebrate the National Opposite Day on the 25th of all months. The Day has shown up in different forms of media, from Spongebob Squarepants to Grim Adventures of Bill & Mandy. The Grim Adventures of Bill & Mandy celebrated the madness of the day, and they tried to remain balanced throughout the day while the Spongebob Squarepants uses the nature of the day to prevent the neighbours from stopping the sale of his house.

Other Celebrations on January 25

January 25 is also celebrated as

How to Celebrate National Opposite Day

Celebrating the National Opposite Day is not easy. Because you have to do opposite of everything you do on a regular day. Some of the examples are like having dinner for breakfast and having breakfast in Dinner. Stay left when you mean right and vice-versa. Go to bed in the morning and works in the night time. Finally, makes your family members, friends about the day and let them celebrate. Post pictures and share your thoughts on social media like Facebook, Twitter, and Instagram using the hashtag #OppositeDay or #NationalOppositeDay.

Thank you for reading the post. You can celebrate every day with Happydays365.org and Happy National Opposite Day 2020.