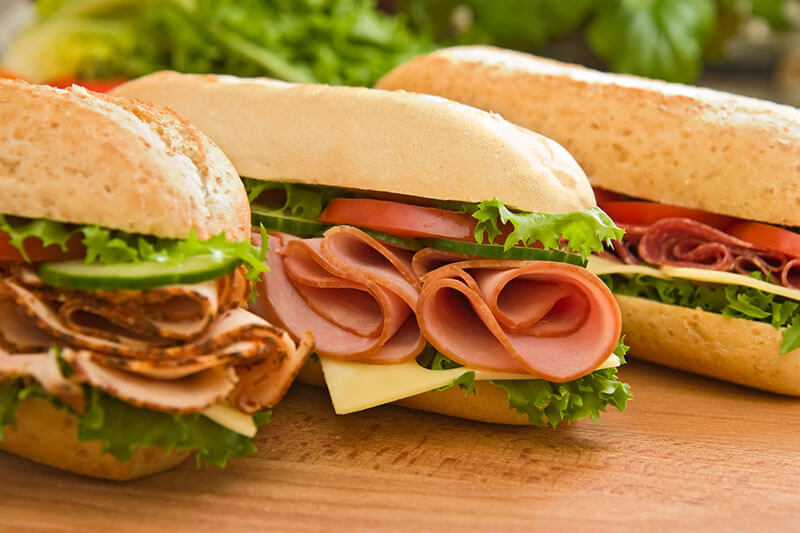 “I love a sandwich that you can barely fit in your mouth because there’s so much stuff on it. The bread should not be the main thing on a sandwich.” – Adrianne Palicki

The history and origin of the National Eat A Hoagie Day are unknown. Hoagie has a long tradition. The giant sandwich is a long roll of Italian or French bread sliced lengthwise filled with meats, cheeses, vegetables, lettuce, tomatoes, onions, sauces, and seasonings. The hoagie is otherwise known as a Hero Sandwich, Submarine Sandwich, Po’Boy Sandwich, or Grinder. There was no proper or official mention of the origin of the hoagie, and there are so many controversies related to this sandwich. DiCostanzas and DePalmas lay of eastern Pennsylvania claim to be the first to make the hoagie.

One other family claims to have been making the hoagie since 1923 and the another since 1925. One more story says that the sandwich name was originated in the city of Philadelphia during World War I. It describes the large Italian sandwiches were brought by the shipyard workers wrapped in a newspaper to eat during long days. The heavy sandwiches were nicknamed hoagies. It was called so as anyone eating it at one sitting would resemble to be a hog. Let it be any story, and for a hoagie lover, it is a special day to both celebrate and eat.

Other Celebrations on September 14

September 14 is also celebrated as

Head to the nearest sandwich shop and buy a hoagie to treat yourself. Prepare it by yourself with all the fillings and serve it for your family. Post and share your hoagie day celebrations on social media using the hashtag #NationalEatAHoagieDay.

Thank you for reading the post. You can celebrate every day with Happydays365.org and Happy National Eat A Hoagie Day 2021.