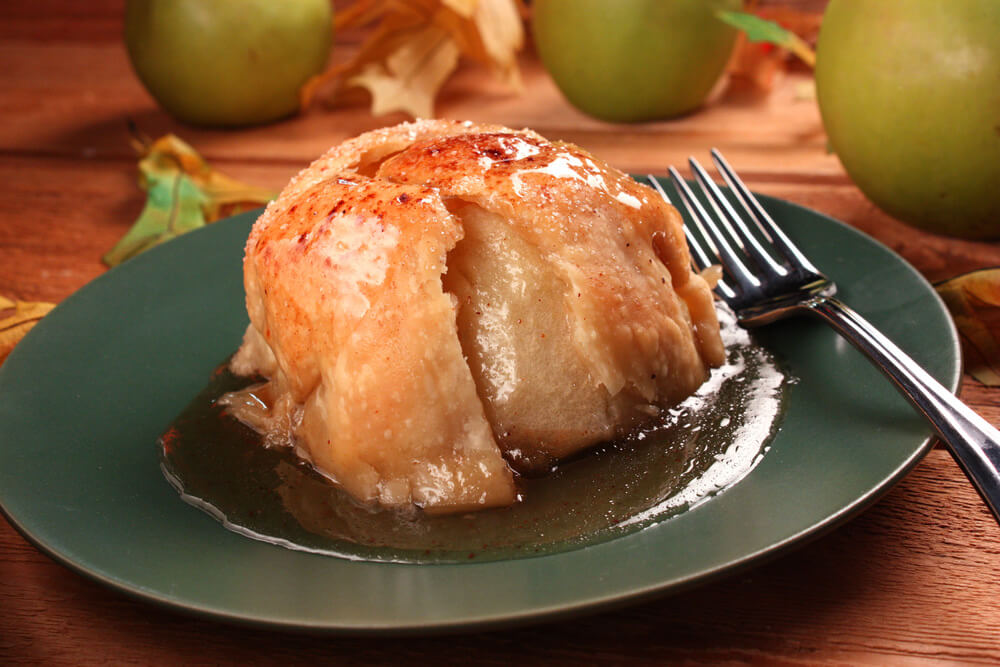 “Coleridge holds that a man cannot have a pure mind who refuse apple-dumplings. I am not certain but that he is right.” – Charles Lamb

The history and origin of the National Apple Dumpling Day are unknown. It is believed to be originated in the northeastern United States around Pennsylvania. An apple dumpling is a pastry that is filled with apple, cinnamon, and sometimes raisins. The delicious-filled pastries are made from peeled and cored apples and are placed on a portion of dough, then is filled with cinnamon, butter, and sugar. Now the dough is folded over the apples, and the dumplings are then baked until they become tender. The apple dumplings have crossed the Atlantic and spread over the other parts of the world.

Initially, the apple dumplings are prepared by boiling and steaming, and the dumpling had come from the German word Dampf, meaning steam. Over the years it has undergone a number of changes and is now baked and stuffed with the spiced and Granny Smith apples. Apple dumplings will look like crunchy pouches, and it tastes like a small cake. It is the most popular dish among the Pennsylvania Dutch, and the pastry is served for breakfast or as a dessert after the meals. When serving, the Apple dumplings can be topped with vanilla ice cream or with sweet sauce.

Prepare apple dumplings for yourself and your family to celebrate this day. Serve the dumplings hot with a scoop of vanilla ice cream or drenched in decadent caramel sauce. Use the hashtag #NationalAppleDumplingDay to post and share your celebrations on social media.

Thank you for reading the post. You can celebrate every day with Happydays365.org and Happy National Apple Dumpling Day 2021.