Months of the Year in Meitei 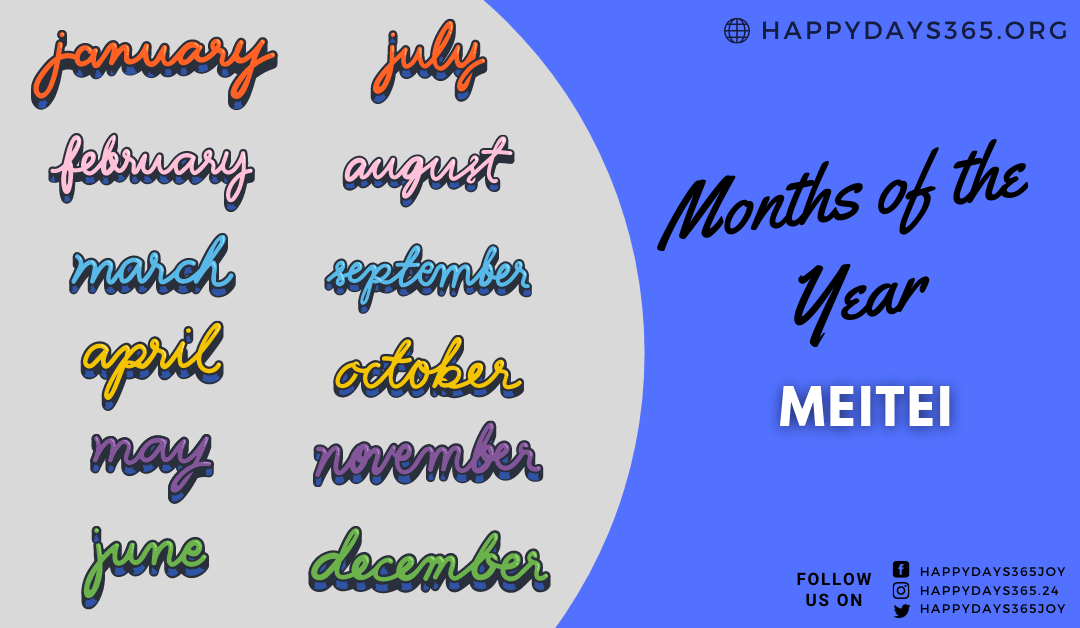 Meitei is currently classified as a vulnerable language by UNESCO. Meiteilon is one of the tonal languages whose accurate classification within the Sino-Tibetan language family remains unclear. In the upcoming article, let’s see how to say months of the year in Meitei.

How to Say English Months in Meitei