Months of the Year in Sindhi 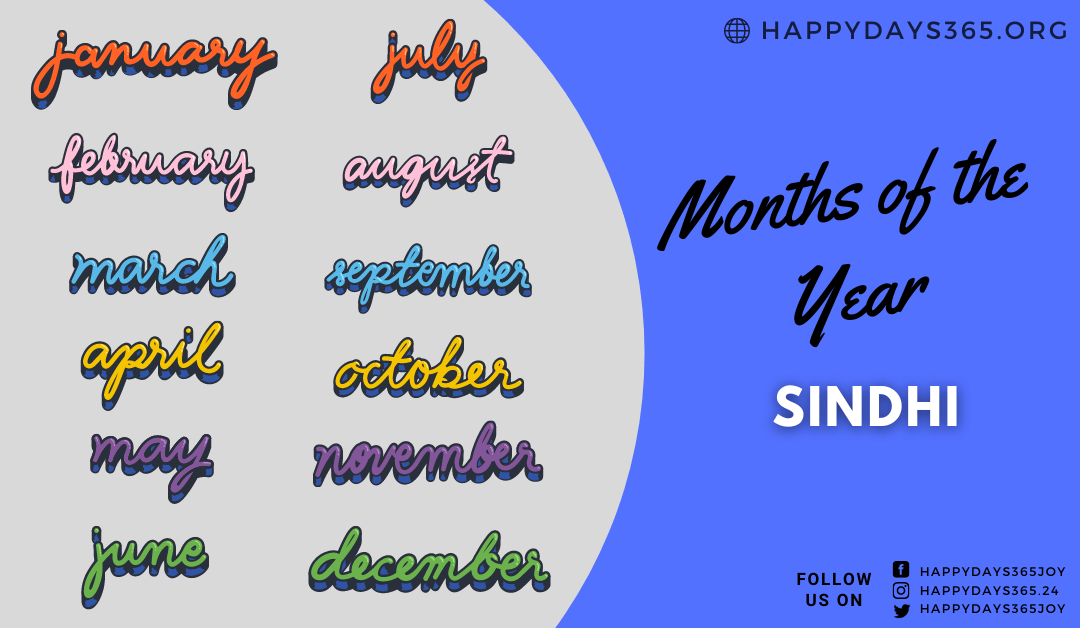 Sindhi is the official language in countries like Pakistan and India. It is one of the scheduled languages officially recognized by the central government of India. This language comes under the language family of Indo-European and has about 32 million native speakers all around the world. People who speak the language are called Sindhis. It has various dialects: Sindhi, Siroli, Vicholi, Lari, Lasi, Thari, Sindhi Bhil, and Kutchi. It has two writing systems: Laṇḍā scripts, Khudabadi, Khojki, Gurmukhi, Perso-Arabic script, Devanagari script, Gujarati script, and Roman Sindhi. In the upcoming article, let’s see how to say months of the year in Sindhi.

How to Say Oriya Months of the Year

Sindhi Calendar is based on Moon Movement and these months may not exactly align with the Christian calendar which is based on Sun. As per the lunar calendar, there are only 28 days per month.