Months of the Year in Lusoga 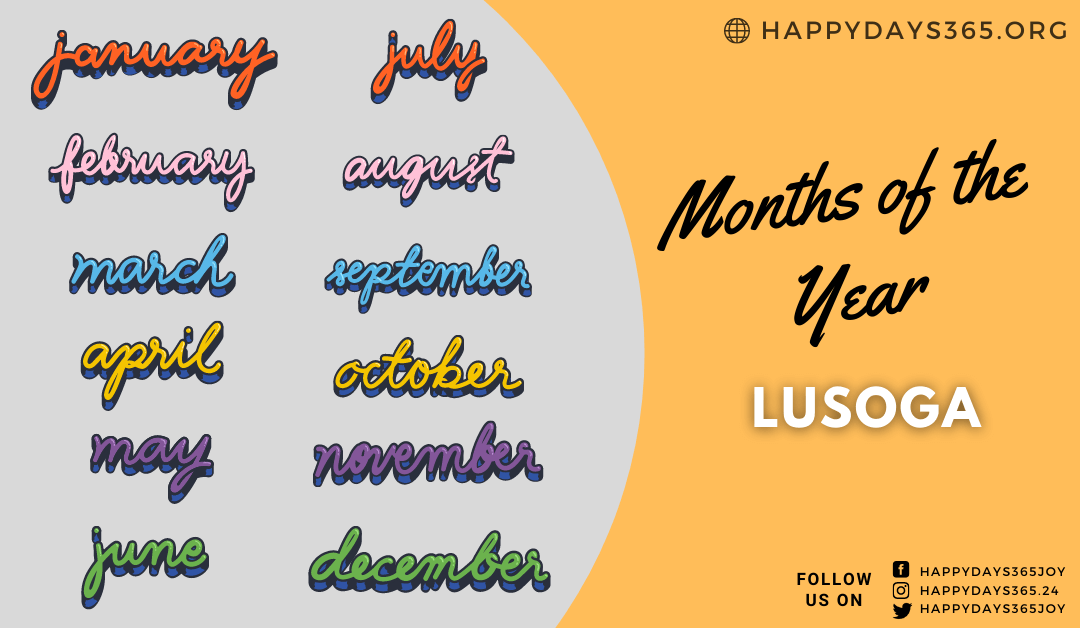 Lusoga is one of the major languages of Uganda. It was also called Soga by several local people. The official status of the language still remains unclear even though the language has over 3.1 million speakers all around the globe. This Bantu language comes under the language family of Niger-Congo. In Uganda, Lusoga is the most widely used language after English, Swahili, and Luganda. There were so many dialects available for this language and hence it was very difficult to reach an understanding of the correct way to spell or pronounce several words. In the upcoming article, let’s see how to say months of the year in Lusoga.

How to Say English Months in Lusoga