Months of the Year in Lithuanian 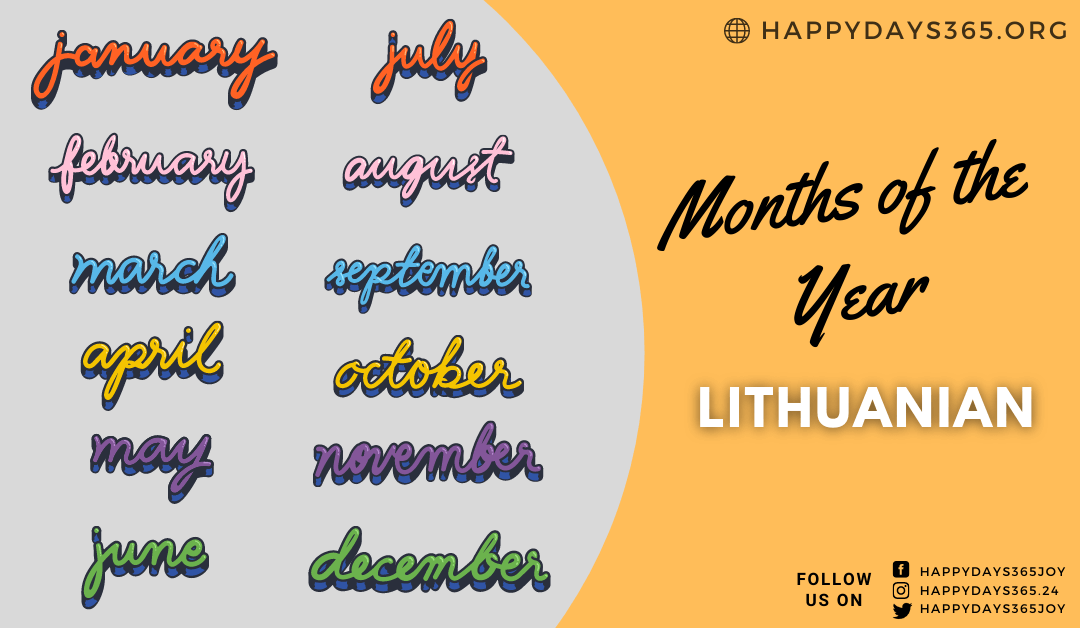 Lithuanian is the national language of Lithuania. It is also the official language in European Union and recognized as a minority in Poland. This baltic language comes under the family of Indo-European and has over 3 million active speakers all around the world. The people who speak this language are called Lithuanians. The language has two dialects: Samogitian and Aukštaitian. Also, it has three writing systems: Latin (Lithuanian alphabet) and Lithuanian Braille. Lithuanian is closely related to the neighboring language called Latvian. In the upcoming passage, let’s see how to say months of the year in Lithuanian.

How to Say English Months in Lithuanian