Months of the Year in Croatian 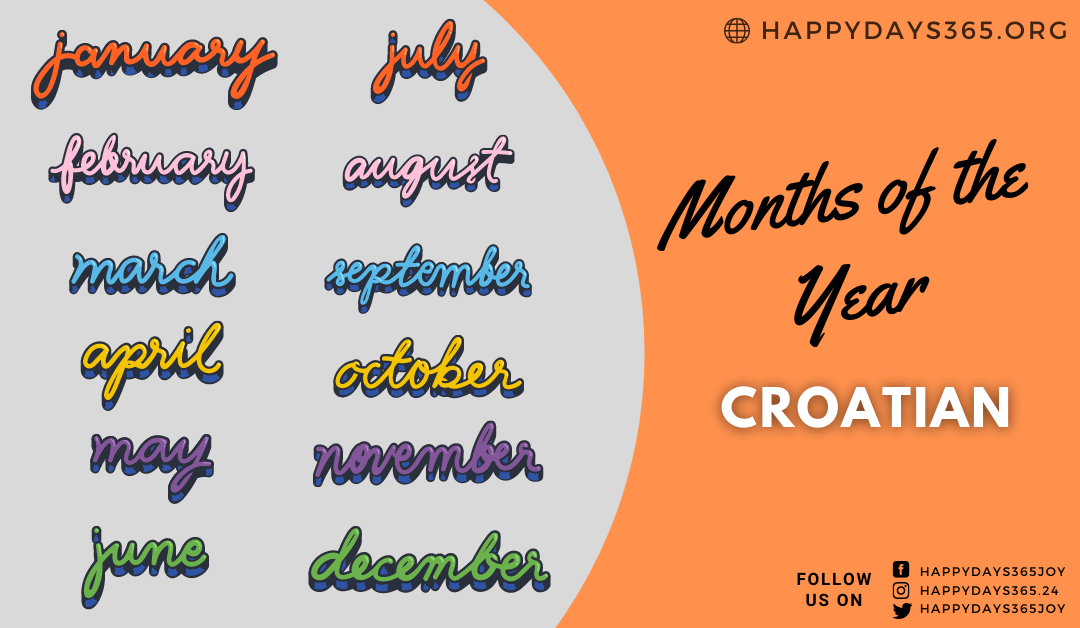 Croatian is the official language of Croatia and also has been recognized as the official language in countries like Bosnia, Herzegovina (co-official), Serbia (in Vojvodina), Austria (in Burgenland), and European Union. It is one of the standardized varieties of the Serbo-Croatian language. This comes under the language family Indo-European and has over 5.6 million speakers all around the world. The language has been recognized as a minority in Montenegro (co-official on municipal level), Slovakia, Czech Republic, Hungary (in Baranya County), and Italy. People who speak the language are called Croats. The language has two writing systems: Latin (Gaj’s alphabet) and Yugoslav Braille. Apart from that, it has some dialects, namely the Shtokavian dialect, Chakavian, and Kajkavian. So let’s see how to say months of the year in Croatian.

Related: Day of the Week in Croatian

How to Say English Months in Croatian