Months of the Year in Kazakh 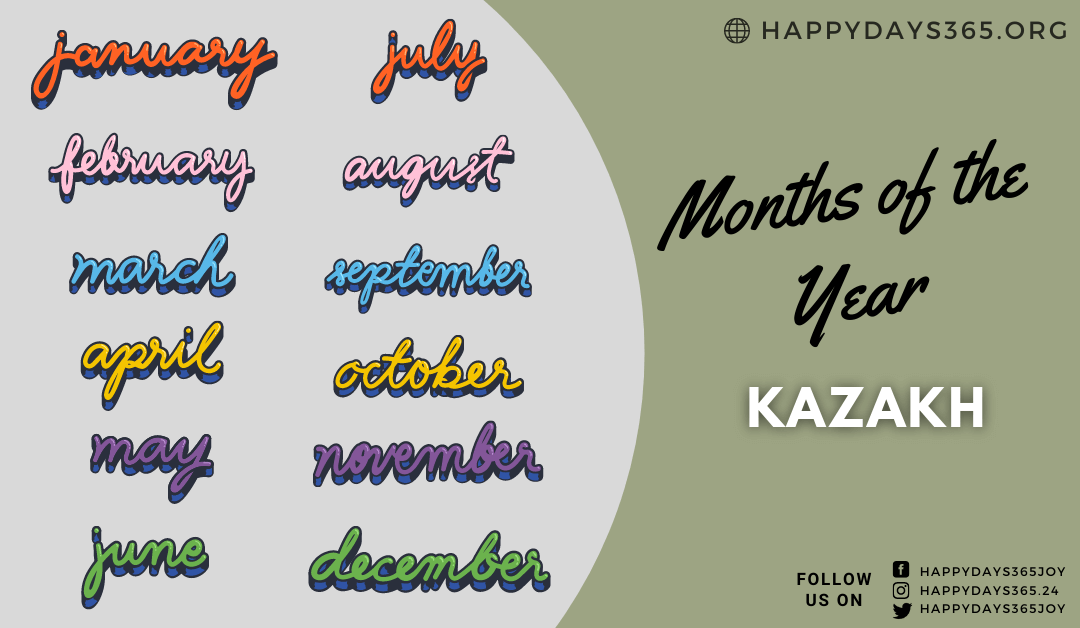 Kazakh is the national language of Kazakhstan and has official status in countries like Russia and China. It comes under the language family of Turkic of the Kipchak branch spoken in Central Asia. The language is also called Qazaq. Kazakh is very much related to languages like Nogai, Kyrgyz, and Karakalpak. The language has over 13.2 million active speakers worldwide, and the people who speak this language are known as Kazakhs. The language has different writing systems with the Kazakh alphabets like Latin script, Cyrillic script, Arabic script, and Kazakh Braille. Like other Turkic languages, Kazakh is a Synthetic language and uses vowel harmony. In the upcoming article, let’s see how to say months of the year in Kazakh.

How to Say English Months in Kazakh