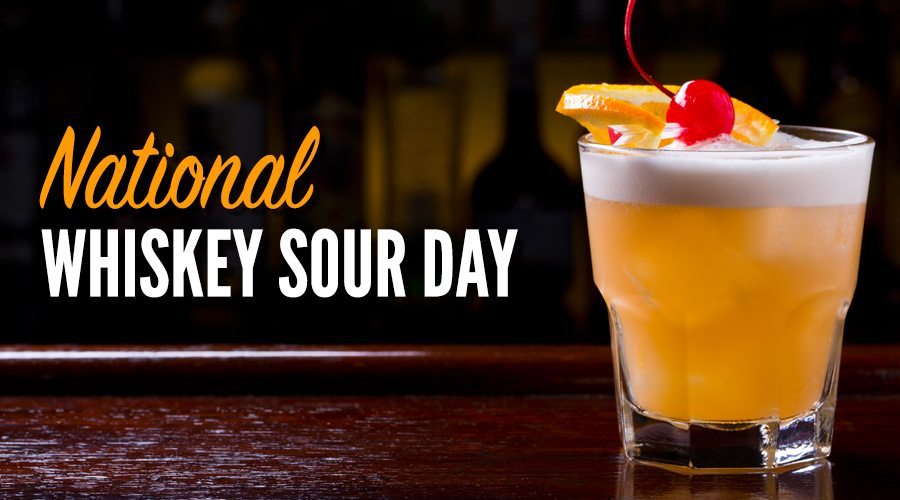 “The water was not fit to drink. To make it palatable, we had to add whiskey. By diligent effort, I learned to like it.” – Winston Churchill

The origin and history of National Whiskey Sour Day are unknown. The Whiskey Sour’s origin dates back to over a century ago. The Whiskey Sour has a history which had first appeared in print in Jerry Thomas 1862 book, named The Bon Vivant’s Companion or How to Mix Drinks. The Whisky Sour is a classic cocktail drink that has an excellent pedigree. In the year 1890, a Wisconsin Newspaper had first introduced it. Any sour drink contains a base spirit or liqueur, lime or lemon juice, along with a non-alcoholic sweetener. The Whiskey Sour is a mixture of drinks that contains whiskey (Bourbon), sugar, and citrus (lemon juice). It is garnished traditionally with half an orange and a maraschino cherry.  Whiskey sours need to be shaken then served straight or over the ice. Ever since the origin of Whiskey Sour drinks, it has been the most favorite of the world’s manliest men. It is likely enjoyed by soldiers and officers alike. Over time, it is referred to as a girly drink. Any cocktail lover will never get disappointed with the Whiskey Sour.

Other Celebrations on August 25

August 25 is also celebrated as

The best way to celebrate the day is by entering the liquor shop and buy a bottle for yourself. Enjoy the drink with your friends to celebrate this day. Buy a new Whiskey Sour flavor you had never tasted before for a changeover. Post your celebrations on social media using the hashtag #NationalWhiskeySourDay.

Thank you for reading the post. You can celebrate every holiday or festival with Happydays365.org and Happy National Whiskey Sour Day 2021.