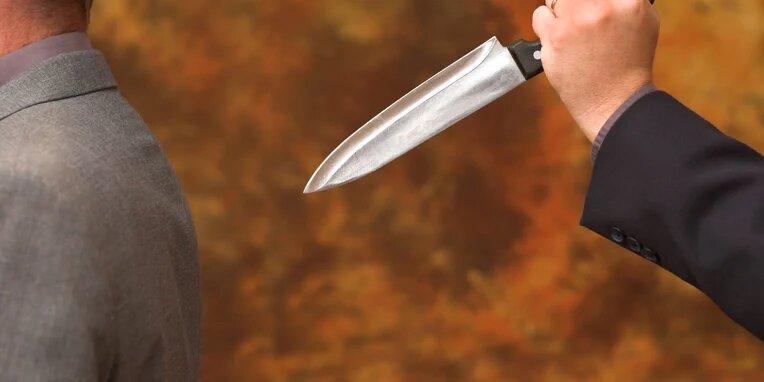 National Brutus Day is an annual observance celebrated on March 15th. It’s time to say, Eu tu Brutus. Anyone who has read the Shakespeare’s play of Julius Ceaser would know what the actual meaning of the term backstabbing means is. Even in this modern epoch, there exist people who are expert at backstabbing, intriguing and plotting. All those who are working irrespective of the place and company would know at least one backstabber who betray at an unexpected time. National Brutus Day is celebrated in a way to remind us that there are still Brutus kinda people present in every place who subterfuge, betray and backstab at an unexpected time.

“Even though we are deceived, still believe. Though we are betrayed, still forgive. Love completely even those who hate you.” – Sun Myung Moon

The National Brutus Day was established by Thomas & Ruth Roy of Wellcat Holidays. However, the first observance and the precise reason for the date of this celebration are unknown. The Brutus Day reminds each of us that we must admit that there is as much intrigue, plotting and backstabbing as was found in the Ancient Rome or is found even today no matter where we are working. Even in the modern, corporate lives there occurs a situation for people to face the unfaithfulness and backstabbing of some Brutus over there. Marcus Junius Brutus alias Brutus is considered to be the world’s most famous betrayer for killing his dear friend Julius Ceaser. Et tu, Brute is the famous phrase associated with this incident in the William Shakespeare’s play Julius Caesar. Et tu, Brutus is a Latin phrase means “and you, Brutus?, is told by Julius Ceasar, the Roman dictator at the time of his assassination to his friend Marcus Junius Brutus.

Other Celebrations on March 16

March 16 is also celebrated as

How to Celebrate National Brutus Day

Celebrating the National Brutus Day is quite simple. It is the best time to identify those Brutus kinda personalities in your workplace as to stay away. Make sure you don’t indulge yourself in any controversies with such people. Learn to be loyal and faithful and never put yourself on the list of Brutus. Of course, few of you have been betrayed earlier, and those can take it as a lesson in a positive way. Share your views about the Brutus Day on the social media using the hashtag #BrutusDay.

Thank you for reading the post. You can celebrate every day with Happydays365.org and Happy National Brutus Day 2021.