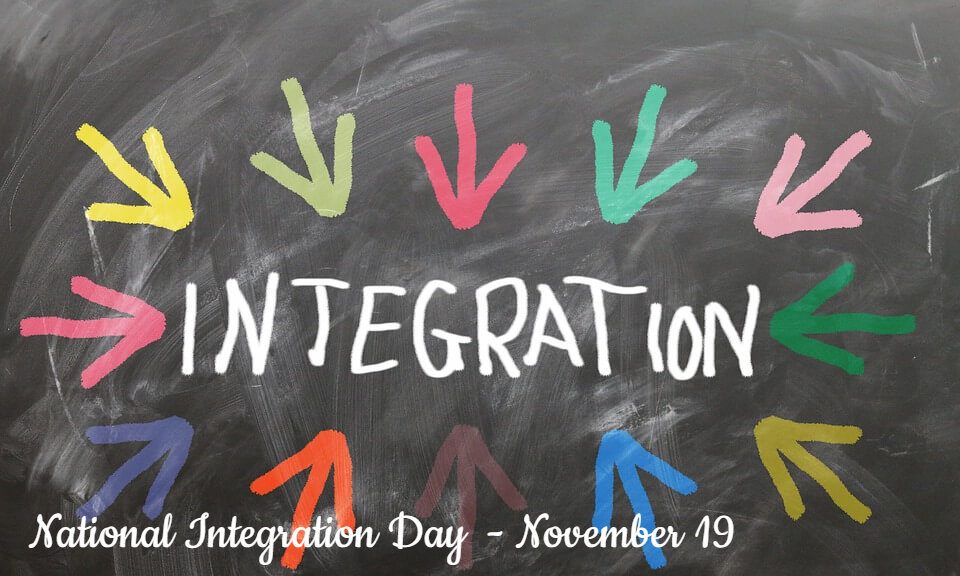 National Integration Day is an annual observance celebrated in India on November 19th of every year. India is known for its unity in diversity. Even after having so many differences in cultures, religions, races, and regions, the country is integrated to be a strong and developed nation. Integration is the feeling of oneness, unity, and brotherhood among the people irrespective of the differences they possess. National Integration Day is celebrated on the birth anniversary of the birth anniversary of Indira Gandhi, the first women Prime Minister of India. The Day is celebrated in a way to encourage people to enhance love and unity from across the country.

“Wellness is the compete integration of body, mind, and spirit – the realization that everything we do, think, feel, and believe has an effect on our state of well-being.” – Greg Anderson

There is no exact mention about the founder and the year at which the National Integration Day was first celebrated. The celebration Day falls on the birth anniversary of Indira Gandhi who was the first women Prime Minister of India. This date was chosen as it was during the rule of Indira Gandhi, India has been united in several aspects. She has worked hard in many aspects in making the country stronger irrespective of the differences it has. India is the second largest country in terms of population in the world with various languages spoken, and different religions followed. The Integration Day is aimed at bringing together the people from all over the country irrespective of all the variations. It may be the culture, caste, tradition, religion, geographic location and so on.

The Integration Day falls on the birthday of Indira Gandhi who was born as Indira Priyadarshini Nehru. Indira was the daughter of Pandit Jawaharlal Nehru, the first Prime Minister of independent India. She was the Indian politician and also the central figure of the Indian National Congress party. She was the second-longest-serving Prime Minister of India after her father. Indira was elected as the Congress President in 1959. The Indian democratic structure and tradition were strengthened by the active role of Indira Gandhi. She was known for her political ruthlessness and the unprecedented centralization of power. Her work towards the nation-building as a woman are numerous.

Under her leadership, she has signed Shimla Pact with the Pakistani Premier Z.A. Bhutto, Bhutto, Indo-Soviet Treaty of Peace, and more. It was during her political period, Rakesh Sharma, the first Astronaut Squadron Leader, had gone to Space. The Indian Space Research, Peaceful Nuclear development is grown under her expert guidance. The National Integration Day is celebrated as to honor her innumerable work done towards the development of society and unity. The Day is celebrated annually as to encourage people about the unity, peace, and brotherhood among them.

The Integration Day promotes the harmony among the Indian people irrespective of diversity existing in the Indian society. The diversity includes culture, languages, religions, geographical location, etc. The Day aims in integrating the youths and other people of the country who belongs to a different religious background, social, cultural, economic status and education. The Day also aims in integrating the people in society to know about the diverse perceptions, faiths and lifestyles. Knowing about all of them will reinforce the unity of people in society.

Other Celebrations on November 19

November 19 is also celebrated as

How to Celebrate National Integration Day

Celebrating National Integration Day is quite simple. It is a Day to celebrate oneness, unity, and brotherhood. Make yourself, and even others understand the strength of integration. Live and work in unity to make the country a developed nation. You can participate in the events conducted by various organizations and government on this Day to celebrate the integration. Take this Day as an opportunity and get to know more about Indira Gandhi, her work towards the nation-building. You can share your Integration Day celebrations on social media using the hashtag #IntegrationDay.

Thank you for reading the post. You can celebrate every day with Happydays365.org and Happy National Integration Day 2020.