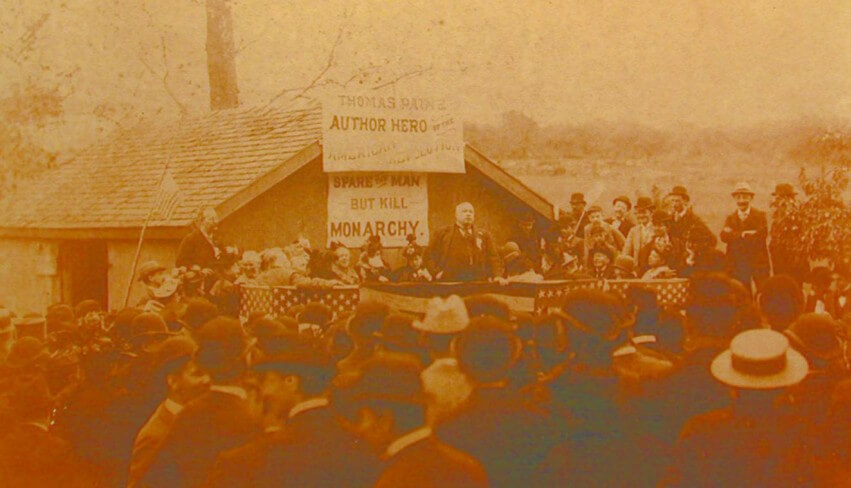 National Ingersoll Day comes on August 11 of every year. Robert Green Ingersoll was a well-known famous American orator, who lived during the 19th century. Ingersoll Day celebrates his participation in society, which he made with intense marketing for women’s and minority rights. He was also called “The Great Agnostic.”

“When men are prosperous, they are in love with life. Nature grows beautiful, the arts begin to flourish, there is work for painter and sculptor, the poet is born, the stage is erected – and this life with which men are in love is represented in a thousand forms.” – Robert Green Ingersoll

Robert Green Ingersoll was born and lived in Dresden, New York. His father, John Ingersoll, was an abolitionist-leaning Congregationalist preacher, whose radical views forced his family to move constantly. In 2005, Steerforth Press published a popular edition of Ingersoll’s work. Edited by the Pulitzer Prize-winning music critic Tim Page brought an Ingersoll’s thinking to a new audience.

“What’s God Got to Do With It: Robert Ingersoll on Free Speech, Honest Talk and the Separation of Church and State”

Other Celebrations on August 11

August 11 is also celebrated as

How to Celebrate National Ingersoll Day

Celebrating National Ingersoll Day is quite simple, and the best way is to learn more information’s about him. And also learn all the quotes written by Robert Green Ingersoll which are very enthusiastic for women’s and minority rights. You can use the hashtag #IngersollDay to post on social media.

Thank you for reading the post. You can celebrate every day with Happydays365.org and Happy Ingersoll Day 2021.