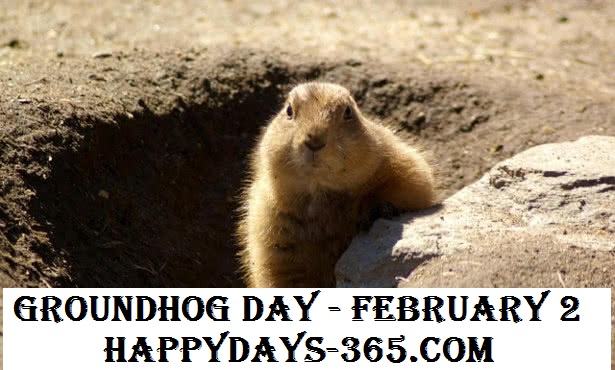 “The groundhog is like most other prophets; it delivers its prediction and then disappears.” – Bill Vaughn.

Groundhog Day was first celebrated in the United States in the year 1887. Clymer H. Freas, editor of the local paper Punxsutawney Spirit started encouraging the groundhogs as the official Groundhog Day meteorologist. Even though some places have in some cases started celebrating their own groundhogs, Punxsutawney Phil, the official groundhog lives near Punxsutawney at Gobbler’s Knob, Pennsylvania. Every year thousands of visitors come to Punxsutawney on 2nd February to participate in this celebration. The Punxsutawney Groundhog Club plays a vital role in arranging Groundhog Day in the town. Also, many Club members, visitors, locals, and reporters gather at Gobbler’s Knob on 2nd February of every year to see the appearance of Phil’s and his weather prediction. Pennsylvania’s governor attends ceremonies of Groundhog Day. Punxsutawney observed its 1st Groundhog Day in the 1800s in the United States. This day also gained popularity with the release of the film Groundhog Day in the year 1993. All these started so many decades before when nature and animal worship was popular, people of Europe believed that the badger had the ability to estimate the coming of spring. They will plant their crops after the badger predicts the weather. But later sadly in Pennsylvania, there were not many badgers so the badger was substituted by the groundhog.

Other Celebrations on February 2

February 2 is also celebrated as

How to Celebrate Groundhog Day

If you want to participate in the annual Groundhog Day celebration then go to Pennsylvania, if you can’t make it to  Pennsylvania then try participating in the events organized on the day in other places. If you are not able to participate in the event then take some time to look at the celebration of the day online and check if the groundhog has seen its shadow. Then post pictures and share your thoughts about the day with others on social media by using the hashtag #GroundhogDay.

Thank you for reading the post. You can celebrate every day with Happydays-365.com and Happy Groundhog Day 2019.