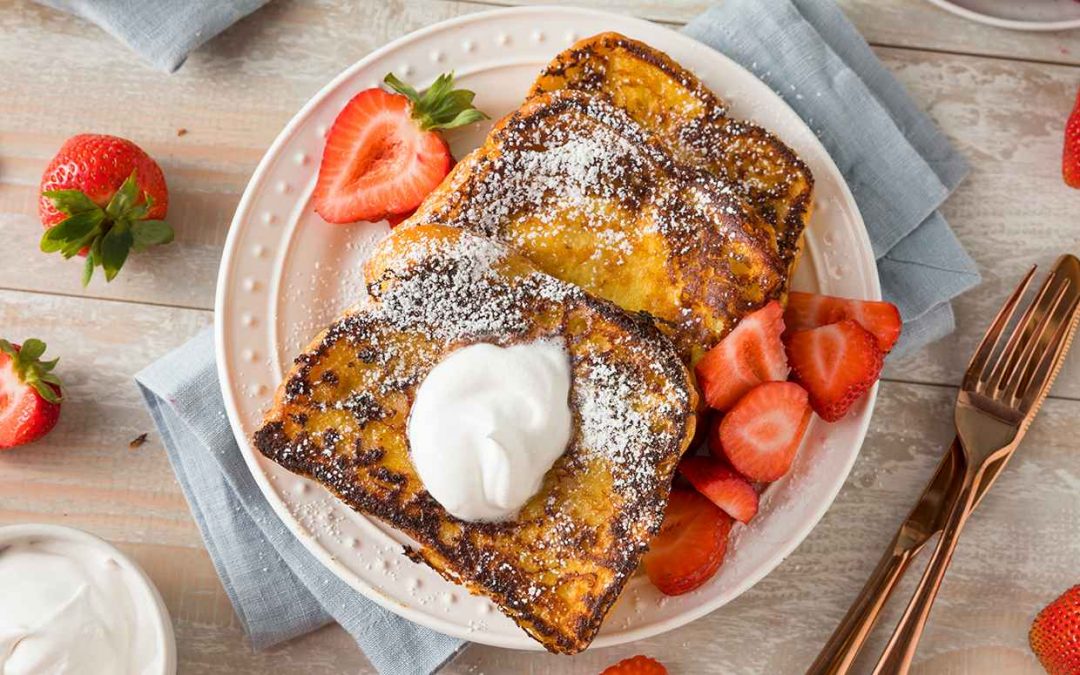 National French Toast Day is celebrated on November 28 of every year. National French Toast Day is the perfect day to make some delicious French toast for breakfast. Depending on where it is being served up, French Toast is called by different names like Bombay toast, gypsy toast, Eggy bread, poor knights pudding, omelet bread, etc. It is made with the ingredients like eggs, milk, and bread. To make french toast, Eggs and milk are whisked together, and the bread is dipped into the egg mixture and fried until golden.

“One of the greatest things I’ve ever seen happen was the morning I opened the newspaper and it said that some very powerful government officials had decided to change the name of “french fries” to “freedom fries” and “french toast” to “freedom toast”. It was impressive. I wanted to write a letter to them just to thank them, just for proving globally that they were absolute imbeciles” -Johnny Depp.

The origin and history of National French Toast Day are not known. In France, French Toast is called pain perdu, which means lost bread as the French Toast is usually made with old or stale bread. Even though we regularly call it French Bread, it is not known to have come from France. From the fourth century, some ancient Latin recipes are made by soaking bread in milk before frying, and in the 4th Century in Germany, French Toast is named as poor knights pudding because it is a cheap meal so even those without too much money can afford. Today, French Toast is eaten all around the world as a sweet snack or as a breakfast meal. French Toast Day is commonly made with eggs, bread, and milk, but few people also add some vanilla, cinnamon, and sugar for the base. Hence French Toast Day is a perfect day to enjoy the taste of French Toast with your friends and family members.

Other Celebrations on November 28

November 28 is also celebrated as

Thank you for reading the post. You can celebrate every day with Happydays365.org and Happy National French Toast Day 2021.