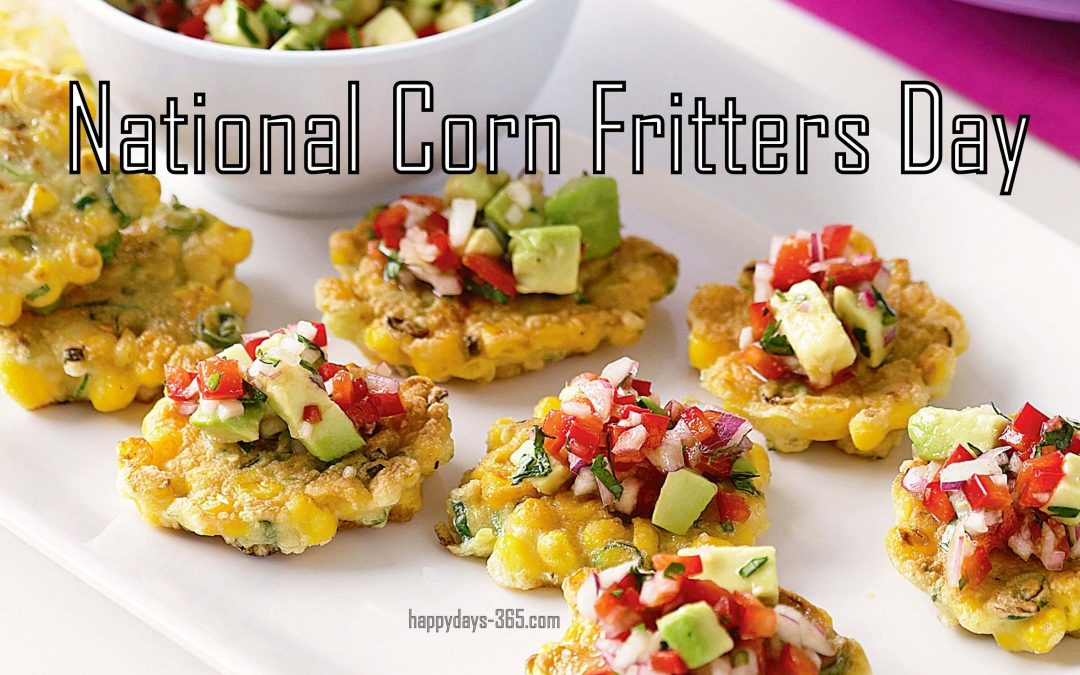 National Corn Fritters Day is observed on July 16 of every year all around the United States. Corn fritters are baked or fried snack that is healthy and tasty. Corn fritters are traditionally made with corn kernels, eggs, flour, milk, melted butter and will be served with fruits, honey, cream, syrup or jam. Corn fritters can be added to summer barbecue menu which will make the combo great. Corns are widely grown in America and are used for the variety of purposes. Summers are the best time for some delicious crispy corn and this day honours corn fritters and celebrates the dish.

“Corn is the only food you hold like corn.” – Dana Gould

Origination and the history of the National Corn Fritters Day remain anonymous. But the corn fritters originated as sweet and savoury snack in Southern America and were consumed for thousands of years. These fritters were served as side dish or snack and were called as Southern Bread. Later Europeans adopted the recipe of corn fritters from native Americans and modified the ingredients to fit for their continent. Maize seeds were introduced to Spanish and Portuguese traders in the 16th century, and due to less requirement of water, maize was largely cultivated in Indonesia, which eventually led to the popularity of the dish. Indonesia has its style of corn fritters called perkedel jagung or bakwan jagung.

Other Celebrations on July 16

July 16 is also celebrated as

Celebrate National Corn Fritters Day by enjoying those corn fritters with some good conversation. Corn fritters are incredibly easy to make, so without any hesitation select one recipe from the internet and give them a try. You can also add other vegetables and some fish to make it as a complete meal. It is comfort food made from simple cooking. To make it enjoyable, one can add ingredients, spices and seasonings of their choice. Go to a Southern-style restaurant and have their version of corn fritters. Post pictures and share your National Corn Fritters Day celebrations on social media by using the hashtag #CornFrittersDay.

Thank you for reading the post. You can celebrate every day with Happydays-365.com and Happy National Corn Fritters Day 2019.