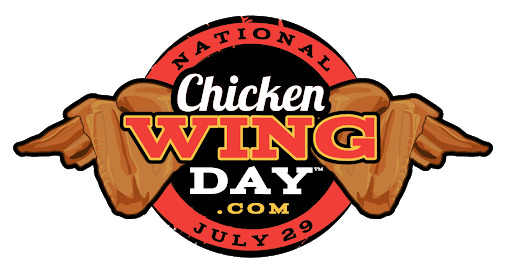 International Chicken Wing Day is celebrated on 29th July of every year. Chicken wings, this dish has become one of the most attractive and must try a recipe on a menu in most of the restaurants and bars of the United States. Chicken wing is also called buffalo wing is a delicacy made with an unbreaded chicken wing that is deep-fried with different coatings and is usually served with blue cheese, plum sauce, or celery sticks. Youngsters these days don’t move on to the main course without their favorite chicken wing starter. It seems to have become a more convincing dish.

“Left wing, chicken wing, it don’t make no difference to me.” – Woody Guthrie

There is no particular history for International Chicken Wing Day. However, the Chicken wing has a fascinating history behind it. The first plate of Buffalo Chicken wings was said to be first served in 1964 by Teressa Bellissimo is a family establishment, Anchor Bar, New York. When Teressa’s husband’s friends came home, she had to make them a side snack. So, she cooked the chicken wings with her special homemade sauce and served them with blue cheese and celery, as she was only left with that. It was an instant winner, and its flavor was an absolute hit from then. There are more stories and origins to this dish, but the people in the city of Buffalo are not so worried about it. Instead, the northern NewYorkers decided to celebrate this fantastic dish on this day every year. This dish looks similar to chicken drumstick but a little smaller. The chicken is first profoundly fried, and later the flavors are added to them. A few of the variant flavors are BBQ, chili garlic, honey garlic, garlic Parmesan, and orange honey.

Other Celebrations on July 29

July 29 is also celebrated as

Who doesn’t love the delicious chicken wings? And a day to celebrate this dish? Perfect! ‘Complete a plate of spiciest chicken wings in town’ or to ‘Eat the most number of chicken wings, these challenges have become very popular in all the fancy restaurants in most of the cities. So, the best way to celebrate this day would be to head out with your friends to these restaurants, challenge each other, have some fun, and treat yourself with loads of chicken wings. You can also cook various recipes of chicken wings, invite your family and friends over dinner and enjoy the night. Beers never got any better without these chicken wings, the best side snack ever. So, at the least, go to a nearby bar with your friends and order some beers along with these chicken wings. It’ll be the best combo and a memorable night ever. You can also cook them by yourself, find your own best recipe, and share it with your neighbors. Post pictures and share your International Chicken Wing Day celebrations on social media by using the hashtag #ChickenWingDay.

Thank you for reading the post. You can celebrate every day with Happydays365.org and Happy International Chicken Wing Day 2021.