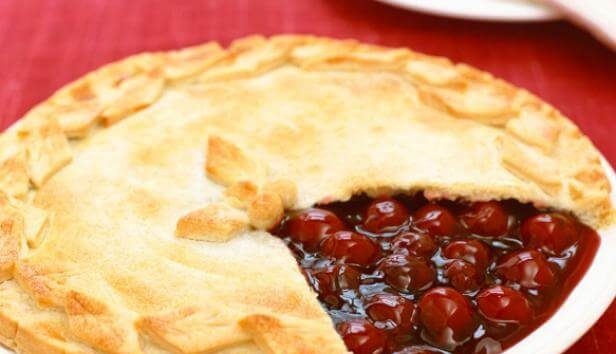 National Cherry Pie Day is observed on February 20 of every year. National Cherry Pie Day is dedicated to all the Cherry Pie lovers. Cherry pie is North America’s 2nd most famous pie next to apple pie. Even though Cherry Pies are mostly eaten in North America, this cake is also popular in many other places around the world. Sour cherries are usually used to make cherry pies. Both fresh and preserved cherries can be used for cherry pie. Cherry pies are called as the Great American dish in the United States of America.

“Here’s an idea: let’s get over ourselves, buy a cherry pie, and go fall in love with life.” -Tom Robbins.

The origin and history of National Cherry Pie Day are still unknown. During the 19th century, these fruit pies were a regular breakfast food. In February, we observe President’s Day and the Birthday of President George Washington. We all know the story about the cherry tree and George Washington. Cherries are one of his most favourite fruit, and as a young boy, he made cherries very popular. The cherry pies are traditionally baked in honour of these occasions and month of February is called as Cherry Pie month. As per the American Pie Council, these fruit pies came to U.S with the 1st English settlers. The early settlers cooked their pies in a substantial narrow pan and called them as coffins. At the time of American Revolution, the word coffin is replaced with the term crust.

Other Celebrations on February 20

February 20 is also celebrated as

On this day, have a slice of cherry pie or more than a slice for breakfast, lunch, or dinner, it all depends on how much you love cherry pies. You can try baking your cherry pie or get it from your favorite bakery. Also, Take pictures while having Cherry Pie and share it with others and share your thoughts about the day with others on social media by using the hashtag #CherryPieDay.

Thank you for reading the post. You can celebrate every day with Happydays365.org and Happy National Cherry Pie Day 2021.