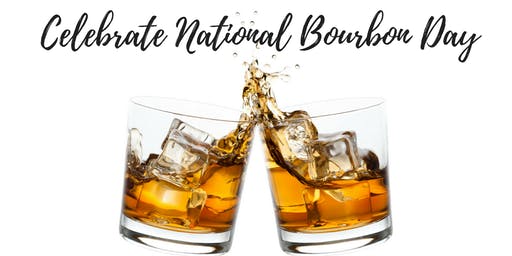 National Bourbon Day is celebrated every year on June 14th. The National Bourbon day is to honor the official spirit of the Americans. Bourbon Whiskey is the American’s Native Whiskey which is being manufactured since the 18th century. Bourbon is one of the most favorite drinks of Americans. The sales of Bourbon whiskey are always high in North America. The United States is the place where the Bourbon was originated and the famous whiskey-makers have reversed the decision to water down their recipe to meet the worldwide demand.

If I cannot drink Bourbon and smoke cigars in Heaven than I shall not go. – Mark Twain

There is no bad whiskey. There are only some whiskeys that aren’t as good as others. – Raymond Chandler.

The water was not fit to drink. To make it palatable, we had to add whisky. By diligent effort, I learned to like it. – Winston Churchill

The actual year of origin and the founder of National Bourbon day is not known. But this day is being celebrated for a long time. In the mid-1970s and 1980s, there was a slight downfall in the sales of Bourbon but starting from 1990, the sales had gone to a peak and it is still maintained. Some say that this day is the anniversary of the first distilled Bourbon in the late 1700s but the truth is not known and the origin of this day is still under research. There is no family or a single person credited with inventing the American’s Official Spirit Bourbon.

The name Bourbon comes from the place Bourbon County, a large district found after the American revolution. This particular county was full of crops and corn and there were small farmers who used to distill whiskey around the place. The farmers either used the crops to distill it into whiskey by themselves or they would have sold it to someone nearby to distill it into whiskey. The barrels which contained these whiskeys were named Old Bourbon and thus the whiskey was found in the late 1700s.

There are plenty of whiskey distillers from the place right now and there are top 10 makers of spirits as well. Bourbon is their main recipe and people love to taste bourbon than any other whiskeys in the world. The Bourbon day is created in honor of those who have found this whiskey and also for those who are consuming it. The spirit of the country is sure to be honored with this day.

Other Celebrations on June 14

June 14 is also celebrated as

How to Celebrate National Bourbon Day

There are many ways for whiskey lovers to enjoy this special day. Restaurants can make the menu customized on this day giving away Bourbon whiskeys at an offer price. Individuals can treat their friends by surprising them with a bottle of old Bourbon. Invite your friends and family and arrange a get-together in your home with new bourbon cocktail recipes added to the menu. You can also share the recipe with your neighbors and make them try the Bourbon cocktail as well. Share your experience in social forums with the hashtag #HappyNationalBourbonDay.

Thank you for reading the post. Celebrate every day with Happydays365.org and Happy National Bourbon Day 2021!