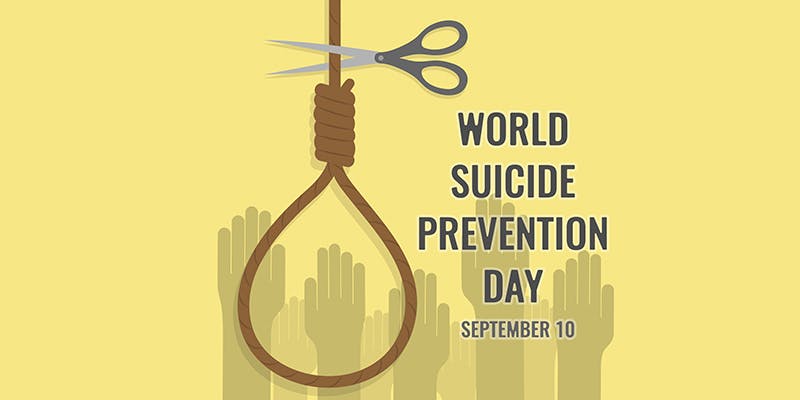 World Suicide Prevention Day (WSPD) is celebrated on 10th September every year. This day is observed annually to create awareness and to provide worldwide dedication and action to stop suicides, with various events and activities around the world.  The United Nations in the 1990s issued National Policy for Suicide Prevention which is used by other countries as a foundation for their suicide policies. The World Health Organization (WHO) found that more than 800,000 people die by suicide every year, which means every 40 seconds 1 person commit suicide. In Australia, over 2500 people die every year committing suicide. Some research says that over 65,000 people attempt suicide every year and hundreds of thousands of people think about committing suicide.

The International Association for Suicide Prevention (IASP), uniting with the World Health Organization (WHO) and with the World Federation for Mental Health, plays a key role in promoting this day. In the year 2011, more than 40 countries held awareness activities and events to mark this day. Suicide is attempted due to various factors like feelings of pain and hopelessness, so this day is celebrated every year to create awareness among people to prevent this act of killing one’s own life. For every person who dies because of suicide, about  20 or more may try to end their lives. This year 2017, the theme of World Suicide Prevention Day is “Take a minute, change a life“, each one of these individuals who attempt suicide is a part of a community, Some of these people may be well connected with the community, and have a lot of family members, friends, and colleagues, etc., but few other people may not be well related to the community. So, as members of communities, it is our duty to check out for those individuals who are struggling and try to create awareness for them as there is definite proof that prevention measures can reduce suicide rates. Many of these people who attempt suicide say that they did not want to die, but instead, they wanted someone to stop them.

Other Celebrations on September 10

September 10 is also celebrated as

How To Celebrate the Day

Life is precious, so “Take a minute, change a life.” Try to participate in the events of  World Suicide Prevention Day and create awareness about suicide to other people. Also, share pictures and post about the day on social media to build awareness about the day using the hashtag #WorldSuicidePreventionDay.

Thank you for reading the post. You can celebrate every day with Happydays365.org and Happy World Suicide Prevention Day 2021.