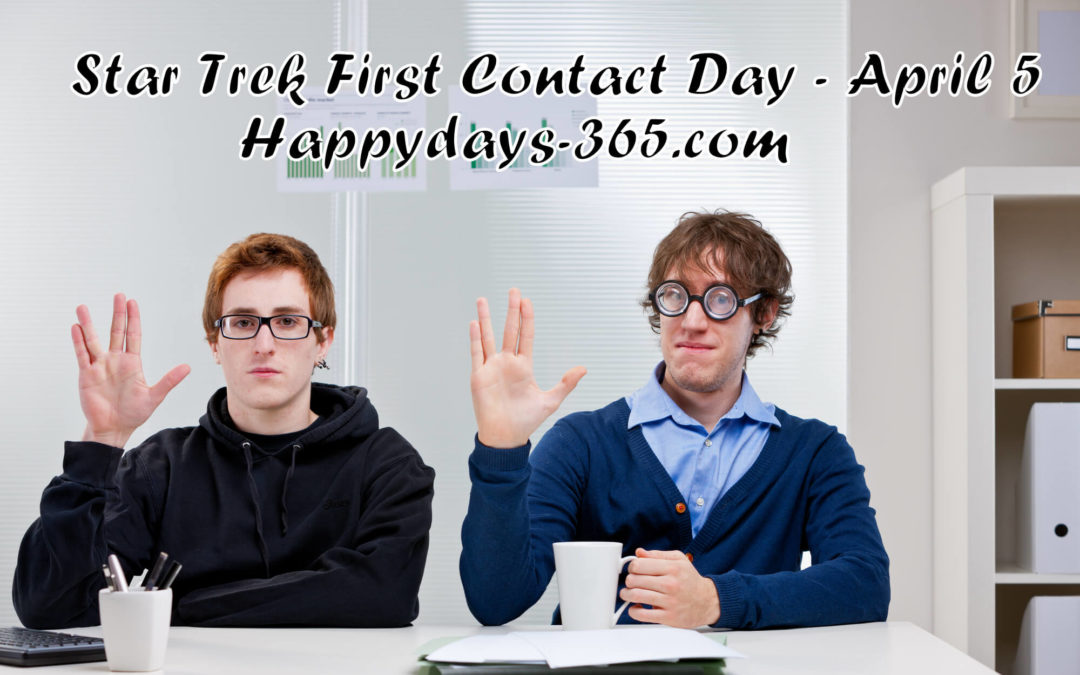 Sci-fi series fans celebrate Star Trek First Contact Day on April 5 of every year. Star Trek First Contact Day is to mark April 5 of 2063, when humans make their first contact with the Vulcans. Vulcans are aliens from the planet Vulcan which is 16 light years from Earth. Lucan’s made their first appearance on the episode named Homestead in the Star Trek: Voyager series. Star Trek is an America based television series and films which was created by Gene Roddenberry in 1996. Star Trek is now known as The Original Series. Star Trek is all about the adventures experienced by the crew of starship USS Enterprise under the leadership of Captain James T Kirk. The USS Enterprise spaceship belongs to a 23rd-century. A federation was formed with more than 150 governments from different planets. i.e., United Federation of Planets.

Star Trek First Contact Day is celebrated on April 5 purely because it is the birthday of the oldest son of film’s co-writer, Ronald D. Moore. First Contact Day is the day when humans and Vulcans make their first interaction in 2063. On the night of the day, Vulcans land in Bozeman, Montana using their spaceship T’Plana-Hath. They land in the earth by tracking the first human-made spacecraft, Phoenix. Later a robbed Vulcan make its appearance with Dr Zefram Cochrane, the pilot of the Phoenix by displaying the split-fingered Vulcan greeting. According to the film Star Trek: First Contact,  humans will be visited by a team of Vulcans on April 5th, 2063.

Other Celebrations on April 5

April 5 is also celebrated as

Star Trek First Contact Day is celebrated by greeting your other star trek fans in Vulcan style by parting your middle and ring finger so that the index and middle finger are together and your ring and little finger are together. It is the best day to watch star trek series or films. You can also organise a Star Trek themed party for all your fellow star trek fans. Make sure you have cheese pierogis, as the characters of the star trek celebrate the day on the show by having them. One can attend Star Trek fan meet as it will be exciting to see people with similar interests. Share your thoughts on social media about Star Trek First Contact Day by using the hashtag #StarTrekFirstContactDay.

Thank you for reading the post. You can celebrate every day with Happydays-365.com and Happy Star Trek First Contact Day 2019.