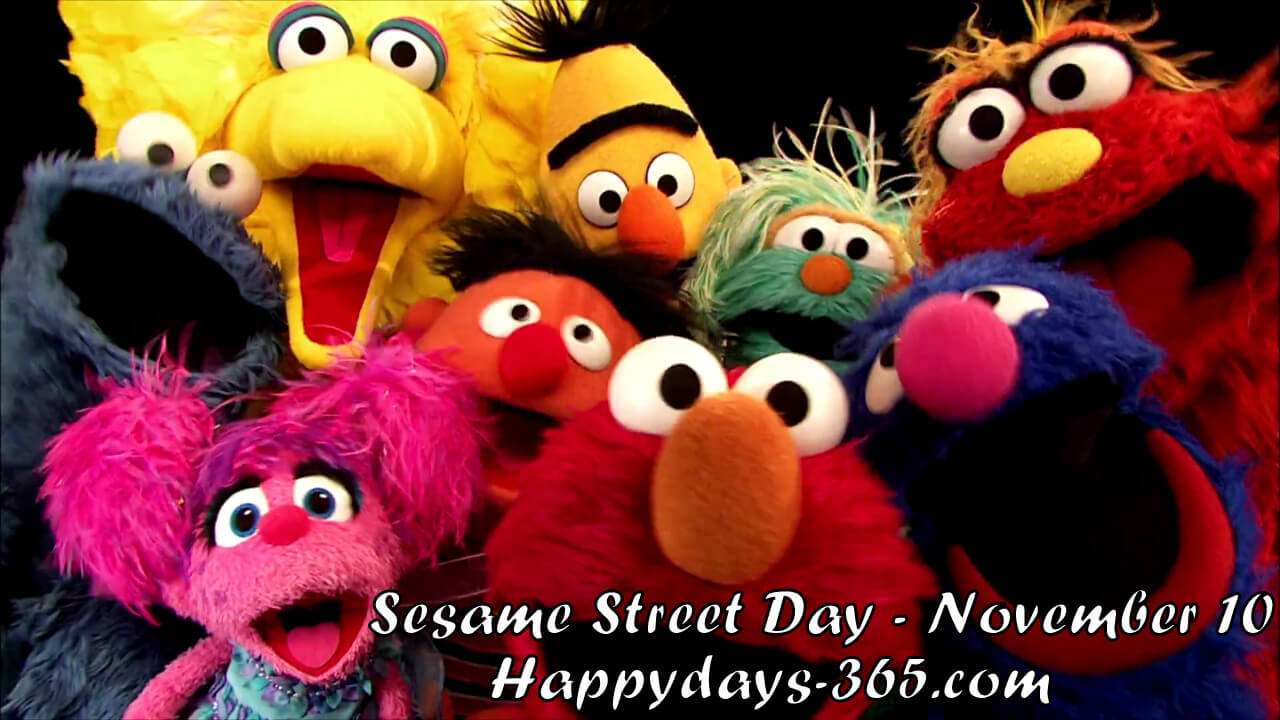 “Sesame Street was a pioneering educational T.V. show, intended to help underprivileged children. But even those of us middle-class kids spoilt for pedagogical choice couldn’t get enough of it.” Sarah Churchwell

Sesame Street Day was created in 2009 to honour the 40th anniversary of its original broadcast. Even though it was created in New York, now it is commemorated by millions of peoples from around the world. The number of followers for Sesame Street Day continues to grow upon each year. Throughout the history of Sesame Street, several significant changes have been made. The Sesame Street series contains a mixture of commercial television production elements and techniques which have developed to indicate the changes in American culture and the audience’s viewing habits. Sesame Street series is the first program where the educational effects were studied.

Other Celebrations on November 10

November 10 is also celebrated as

How to celebrate Sesame Street Day

Thank you for reading the post. You can celebrate every day with Happydays365.org and Happy Sesame Street Day 2019.