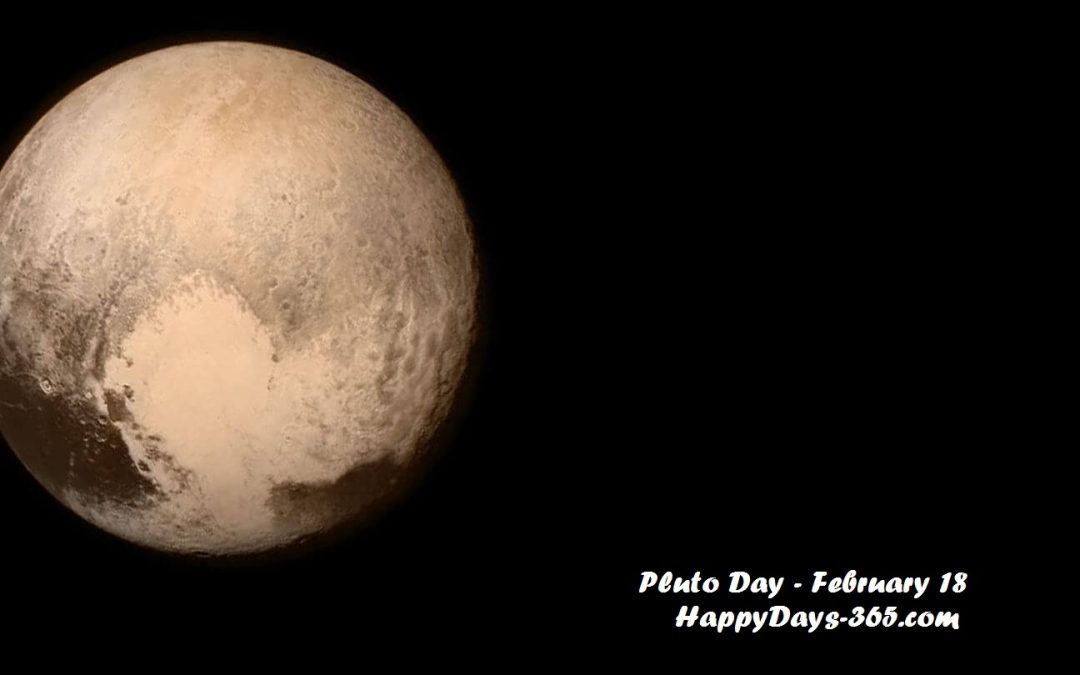 Pluto Day is celebrated on February 18 of every year. Pluto was discovered in the year 1930, and it is considered as the ninth planet in the solar system for about 76 years, but after the year 1992, its position as a planet was doubted as many objects like Pluto with similar size was discovered in the Kuiper belt. On 24th August 2006, Pluto’s position as a planet was degraded by the (IAU) International Astronomical Union to a dwarf planet and this day is called as Pluto Demoted Day.

“As a planetary scientist, I don’t know what else to call Pluto: It’s big and round and thousands of miles wide.”- Alan Stern.

Pluto was discovered in 1930 by Clyde Tombaugh. Pluto was named by Venetia Burney, an 11-year-old girl. Pluto is very far from earth, so only a little is known about this planet. Pluto is about six billion kilometers, i.e. approximately four billion miles from Earth. This dwarf planet has a diameter of around 2250 km, i.e. 1400 miles. An interesting thing about Pluto is that it has five moons: Charon, Kerberos, Hydra, Styx, and Nix. In this Charon is the most massive moon. Pluto is the most extensive and 2nd substantial dwarf planet in the Solar System. The range between Sun and the Pluto changes over time so plutos orbit around the Sun is not circular correctly. It means that its orbit is very eccentric. Pluto is the 9th most massive and 10th massive object that is directly orbiting the Sun.

Other Celebrations on February 18

February 18 is also celebrated as

How to Celebrate Pluto Day

On Pluto Day, try to visit your nearby planetarium and learn more about astronomy and many more exciting things. Also, take some time to read about the discovery and history of Pluto and why it is downgraded as a dwarf planet from a full-sized planet. Then post pictures and share your thoughts about the Pluto Day with others on social media using the hashtag #PlutoDay.

Thank you for reading the post. You can celebrate every day with Happydays365.org and Happy Pluto Day 2020.