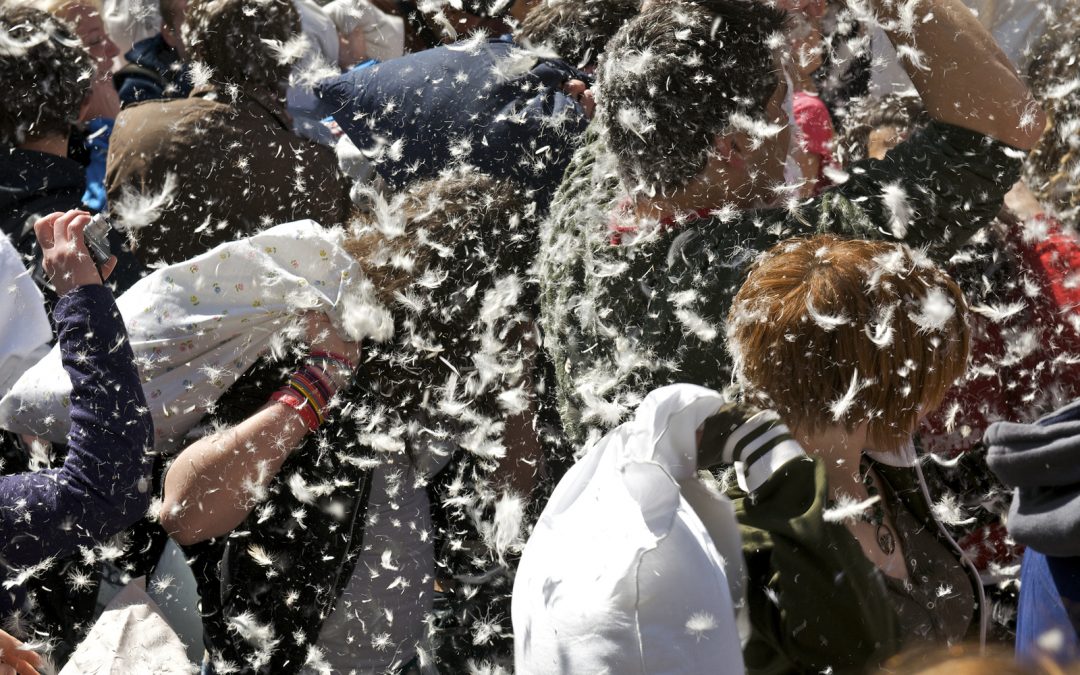 International Pillow Fight Day falls on first Saturday of every April. This year it is celebrated on April 4. It involves hundreds of people having pillow fights in the streets of their city. This day is celebrated in 25 cities around the globe. International pillow fight is considered to be the world’s largest flash mob to date with more than 5,000 participants in New York City. Pillow fighters of every age attended the free event with many wearing fancy dress according to the theme of the year. The pillow fights can last from few minutes to several hours and are played by rules. You can get in the streets with your fluffy pillow and your friends and let the kid inside you play rejoicing childhood.

There were times when I had great times with my brothers, pillow fights and things, but I was, used to always cry from loneliness.” – Michael Jackson

The ordinary pillow fight has existed for a long time, these events are massive in scale, occur in public and are promoted primarily through the internet. These pillow fights are believed to be inspired by the film fight club. The creator and the history behind the creations are not known. It was initially started small and continued to grow, with Pillow Fight Clubs starting up in London and Vancouver, San Francisco and New Manhattan. The first World Pillow Fight Day took place in March of 2008. Then the day became famous in every corner of the globe.

Other Celebrations on April 4

April 4 is also celebrated as

Thank you for reading the post. You can celebrate every day with Happydays365.org and Happy International Pillow Fight Day 2020.