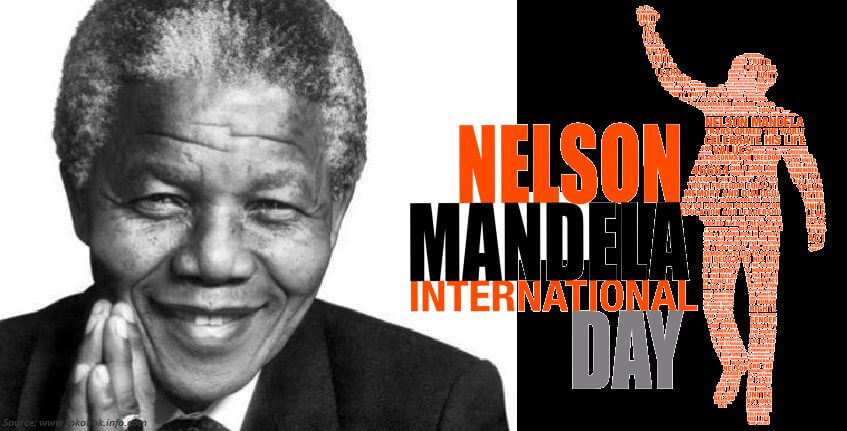 “I learned that courage was not the absence of fear, but the triumph over it. The brave man is not he who does not feel afraid, but he who conquers that fear.” – Nelson Mandela

In November 2002, the United Nations officially declared Nelson Mandela International Day, and it was first celebrated on July 18 of 2010. The day was created to honors the contribution of the former South African President to the culture of peace and freedom. The General Assembly recognizes the values of Nelson Mandela and his dedication to the service of humanity in the field of conflict resolution, the protection of human rights, gender equality, rights of children, race relations and much more. Nelson Mandela was born on July 18, 1918, in Transkei, South Africa. Nelson Mandela is known for his well-known anti-apartheid activists in his country. In 1964, he was jailed for leading the liberation movement against apartheid and for his voice on the human rights to live in freedom. In 1964, he was imprisoned on Robben Island, off Cape Town in Soth Africa and his prison number was 466. After releasing from the jail, he continued to address racial issues in his country. His efforts earned him South Africa’s President in 1994. He remained in office as President of South Africa until 1999. He won Nobel Prize in the year 1993. In 2007, he formed an international group of elders who offer their influence and involvement to support the building of peace, help address major human suffering problems and promote shared interests of humanity. Hence it is a perfect day to honors his contribution to the struggle for democracy universally and the development of a culture of peace across the world.

Other Celebrations on July 18

July 18 is also celebrated as

How to Celebrate Nelson Mandela Day

It is a day of our collective strength to create a worldwide movement for welfare and to make a positive impact on others. You can share the contributions of Nelson Mandela with your children, friends, family members, and even co-workers. Many peoples and organizations around the world will organize many activities which includes volunteering, sports, art, education, music, culture and much more to promote the Nelson Mandela International Day. You can participate in those events. Share your thoughts on social media by using the hashtag #ActionAgainstPoverty or #MandelaDay or #NelsonMandelaDay.

Thank you for reading the post. You can celebrate every day with Happydays365.org and Happy Nelson Mandela Day 2021.