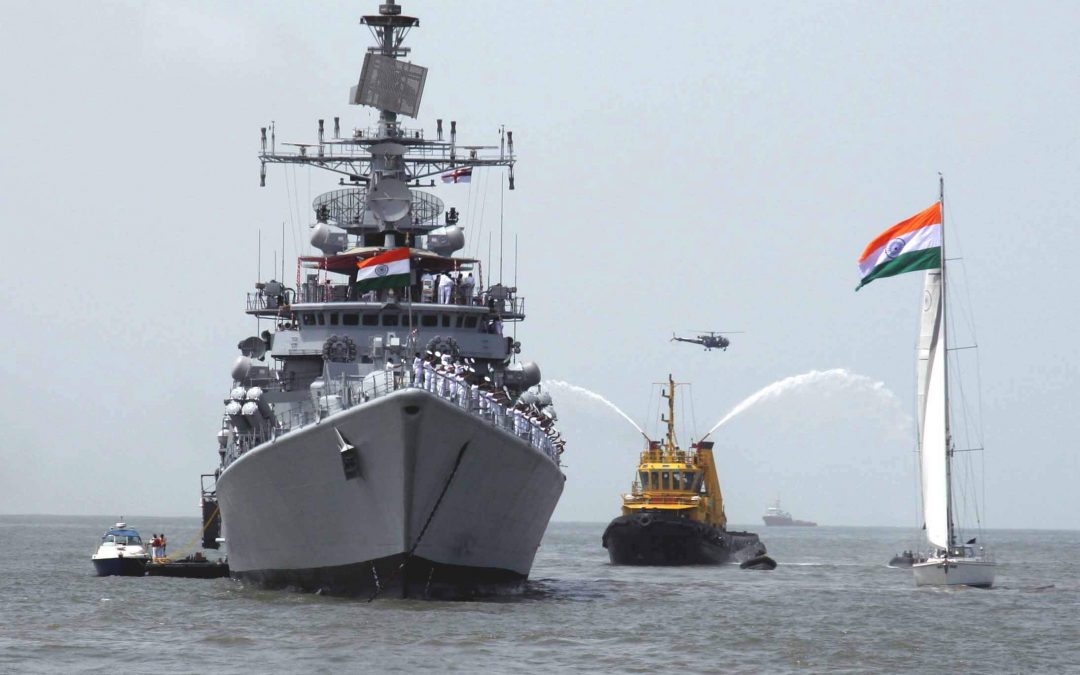 “A captain of the Navy ought to be a man of strong and well-connected sense, with a tolerable good education, a gentleman, as well as a seaman both in theory and practice.” – John Paul Jones

The first observance of Indian Navy Day was not known. The Navy Day celebrates the courageous attack held during the Indo-Pakistan war on the Karachi harbor on 4th December 1971 by the Indian Naval Missile boats. The Day also mourns and shows reverence to all the victims and sufferers of that war. The Indian Navy had successfully executed the Operation Trident, which was a was the daredevil attack against the  Pakistan Naval Headquarters in Karachi. The operation had marked the first use of anti-ship missiles in that region. It did irreparable damage to the Karachi port during the 1971 Indo-Pak war. December 4th in each year is celebrated as the Indian Navy Day that commemorates this victory and achievement.

In Operation Trident attack, Indian Navy had sunk four Pakistani vessels and destroyed the Karachi harbour fuel fields. In this attack, three missile boats of India had played a pivotal role in attaining this victory. They were the missile boats that belong to Vidyut class, and it includes INS Nipat, INS Nirghat and INS Veer. Major damage was done to the Pakistani Navy by sinking a minesweeper, ammunition supply ship, and a destroyer. The Day also pays homage to those naval soldiers who had laid down their lives during the war. The Indian Navy is the naval branch of the Indian Armed Forces. The Supreme Commander of the Indian Navy is The President of India.

The Chief of Naval Staff and a four-star Admiral commands the navy. Indian Navy is considered to be one of the most potent maritime forces in the world and the most lethal in the Indian Ocean. The Indian Navy draws its origins back to the East India Company’s Marine that was founded in 1612 to guard the British merchant shipping in the region. The strength of the Indian Navy includes of 58,350 personnel, an aircraft carrier, a big transport dock, 15 frigates, 24 corvettes, and 8 guided missile destroyers. It also has 13 conventional submarines, 30 patrol vessels, 1 nuclear attack submarine, 7 mine countermeasure vessels including a variety of auxiliary ships.

Other Celebrations on December 4

December 4 is also celebrated as

How to Celebrate Indian Navy Day

Celebrating Indian Navy Day is quite simple. You can visit the Indian Navy’s Western Naval Command where several events will be conducted. Spend some time to watch the various kinds of aircraft flying over the sky. Take your children to visit aircraft and warships of the Indian Navy as they are made open for the public viewing. Learn to know more about the historic significance of the Indian Navy from the trusted source. Salute those naval officers who are doing an incredible service for the nation. Post your views and celebrations on social media using the hashtag #IndianNavyDay.

Thank you for reading the post. You can celebrate every day with Happydays365.org and Happy Indian Navy Day 2020.