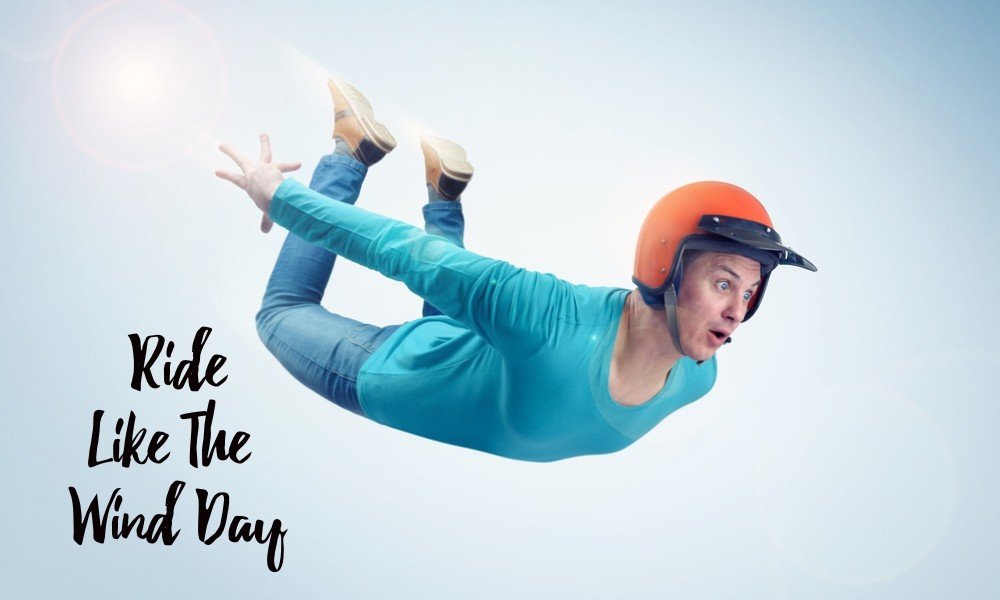 National Ride The Wind Day is observed on August 23 of every year. The day is celebrated as the anniversary of the first human who powered flight to win the Kremer prize. Let the wind carry you on this day. Ride the wind means you can enjoy the wind or the breeze with the outdoor activities. National Ride The Wind Day is the perfect day to enjoy the air as it is right all around the corner.

“When everything seems to be going against you, remember that the airplane takes off against the wind, not with it.” – Henry Ford

The origin of the National Ride The Wind Day is unknown. It was celebrated as an anniversary of the first human-powered flight that won the Kremer prize. The Kremer prizes are a series of monetary awards, that are given to the pioneers of human-powered flight. On August 23, 1977, Gossamer Condor 2 had been flown by Dr. Paul MacCready as the first figure-eight course that was stipulated by the Royal Aeronautical Society, at Minter Field in Shafter, California. It had slowly drifted at least 11 mph and had traveled a distance of about 2,172 meters. The first Kremer prize was won by Dr. Paul MacCready on the same day. Human-powered flights are aircraft that uses human muscle power to run for a limited time. Human-powered flights are normally flown for the experimental and recreational purposes. The first authenticated and successful human-powered flight that took off and flown for a significant distance had taken place in 1961. On November 9, 1961, Derek Piggott, who was a glider pilot in the British Royal Air Force had flown Southampton University’s Man Powered Aircraft for about 600 meters. Celebrate the day as a form of appreciation to those pioneers of human-powered flight.

Other Celebrations on August 23

August 23 is also celebrated as

The best way to celebrate the day is by indulging yourself and your family or friends to try windsurfing, fly a kite, hang gliding, making and sailing boats. You can even look at birds gliding through the sky and watch the wind in the trees. Post your National Ride The Wind Day celebration on the social media using the hashtag #NationalRideTheWindDay.

Thank you for reading the post. You can celebrate every day with Happydays365.org and Happy National Ride The Wind Day 2021.