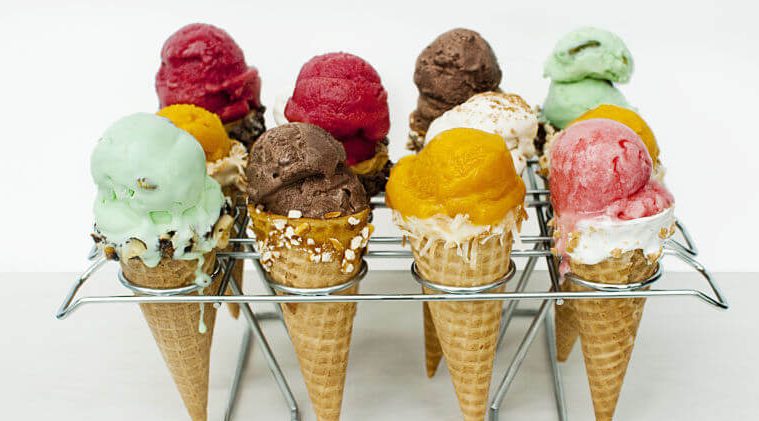 National Ice Cream Cone Day is being celebrated on September 22 annually. It is yet another day for those who love ice creams filled inside the wafers, called cones. Of course, all the ice cream lovers will feel the taste of the cornet more delicious with its crispy outside wafers. Let your taste buds enjoy the super buttery, delicious ice cream cornets. Celebrate National Ice Cream Cone Day as it is a perfect combo not only on this summer day but on any day to feel the low temperature. Move to your favorite ice cream parlor as it is the perfect day to lick all your favorite flavored cornets.

“Life is like an ice-cream cone, you have to lick it one day at a time.” – Charles M. Schulz

There was no proper mention of the first National Ice Cream Cone Day and its founder. However, the Ice Cream Cone has a long history. But the history of the Ice Cream Cone had too many confusions as to who had introduced the cone. Ice cream cones had first become popular during the late 1800s in the United States. One could see the earliest mention of the ice cream cone in the 1825’s French cooking books. It was described by Julien Archambault as one could roll a cone from the little waffles. Following in 1888, Mrs. A. B. Marshall’s Cookery Book mentioned that cornets are made with almonds, baked in the oven, and are not pressed between irons with her recipe for Cornet with Cream. Lately, two Italian entrepreneurs namely Antonio Valvona and Italo Marchiony had patented the Ice Cream Cornet in the years 1902 and 1903 respectively. Abe Doumar and the Doumar family will also claim the credit for making the ice cream cone.

In 1907, Abe Doumar and his brother sold almost twenty-three thousand cones in the Jamestown Exposition. They then brought a semi-automatic 36-iron machine that produced 20 cones per minute. Even after crossing a century, Doumar’s Drive-In in Norfolk, Virginia is still producing the Ice Cream Cornets. There was also a mention that the ice cream cone had made its debut in 1904 at the World’s Fair in St. Louis. Usually, an ice cream cone or cornet is a dry, cone-shaped pastry made of a wafer that is alike in texture to the waffle. The cornet lets you held it in your hand with ice creams filled inside the cone. So without a spoon or a bowl, one could lick the ice cream with the cone. There are various types of ice cream cones available that include wafer or cake cones, waffle cones, and sugar cones. There are many different styles of cones available like pretzel cones, chocolate-coated cones, double wafer cones. Most often Wafer cones are made with a flat bottom and are called cups.

Other Celebrations on September 22

September 22 is also celebrated as

Celebrating National Ice Cream Cone Day is very simple. You can visit your favorite ice cream shop and grab a cone for yourself. You can even taste the new versions that you hadn’t tasted earlier. Children love cornets much, and you can buy for them to make them celebrate the day more joyfully. Buy more Ice Cream Cones and thereby indulging yourself in reducing the usage of plastics. Post and share your National Ice Cream Cone Day celebrations on social media using the hashtag #NatioanlIceCreamConeDay.

Thank you for reading the post. You can celebrate every day with Happydays365.org and Happy National Ice Cream Cone Day 2021.