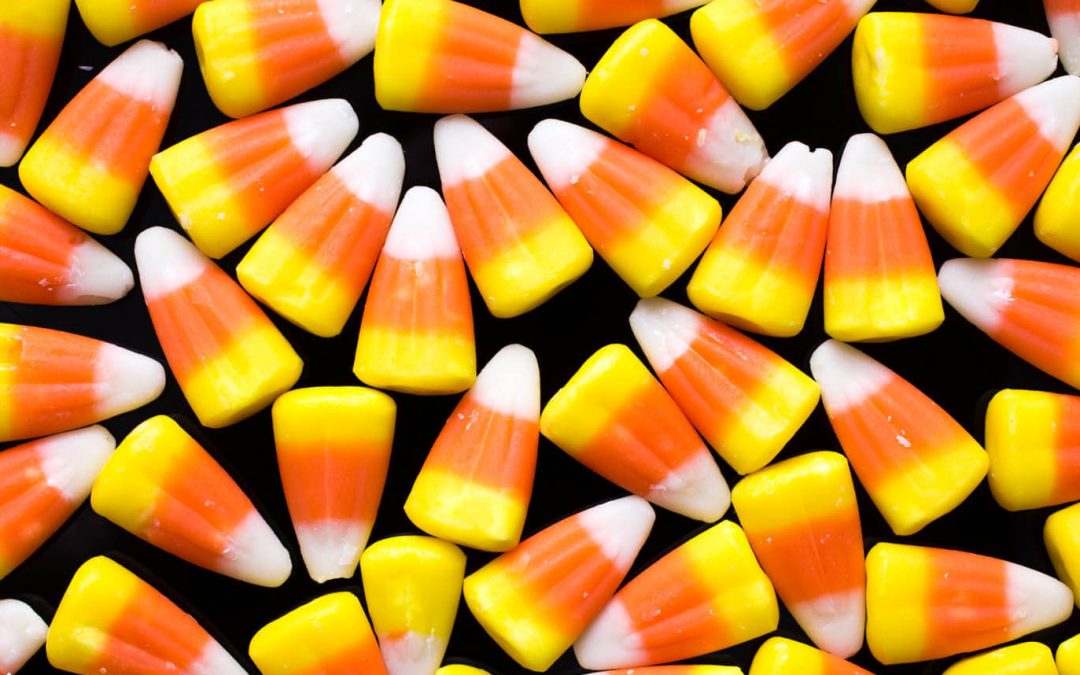 My favorite Halloween candy is the candy corn. It comes in four colors: white, yellow, orange, brown. Those are also the stages of your teeth rotting after you eat it.” – Jay Leno

The first celebration of the National Candy Corn Day is unknown. Candy Corn has a century-old history. George Renninger PA-based Wunderle Candy Company in Philadelphia created Candy corn in the 1880s. Candy Corn has three colors a broad yellow end, a tapered orange at the center, and a pointed white tip. The Candy Corn looks like the kernels of corn, hence its name. Each piece of Candy Corn is nearly three times when compared with the size of an original kernel from a ripe or dried ear. Candy Corn is originally made with hands. It first combined corn syrup, sugar, carnauba wax, water and cooked all of them to form a slurry. Forgetting the right texture, fondant was added. Marshmallows were added to get a soft bite. Now it is primarily made of corn syrup, sugar, confectioner’s wax, artificial coloring, and binders.

The final blend was then heated and flowed into shaped molds. During the pouring process, there will be three passes thus one for each colored section. Candy Corn and its production method, called corn starch modeling remain the same to date. Initially, the Candy Corn was prepared by hand and is now done with the help of machines invented for the purpose. The Halloween season can be better enjoyed with the favorite Candy Corn treat. Candy Corn is a favorite American treat to enjoy during the Halloween season. Candy Corn is the first of all candies to come in three different colors. It has become popular in other colors as well. During the 20th century, the Goelitz Confectionery Company, i.e., Jelly Belly began its production and called it “Chicken Feed.”

Over the years, candy corn variations are brought that suited different holidays. The Indian corn has a chocolate brown tip instead of a yellow and is available around Thanksgiving. The Reindeer corn has a green center and a red end is a Christmas variant. The Cupid corn has a pink center and a red end is a Valentine’s Day variant. The caramel apple and green apple candy corn variants were introduced in 2011. The s’mores and pumpkin spice variants were made available in 2013. The Carrot corn was introduced for the Easter season in 2014, which is green and orange having a carrot cake type flavor.

Other Celebrations on October 30

October 30 is also celebrated as

Grap a handful of Candy Corns to make the celebration. You can taste the candy corn fudge, a much similar flavor to this delicious candy. It can be shared during various seasons with different variants. It is a delightful treat for you and your family or friends during Autumn and Halloween. Share your Candy Corn celebrations on social media using the hashtag #NationalCandyCornDay.

Thank you for reading the post. You can celebrate every day with Happydays365.org and Happy National Candy Corn Day 2021.