Months of the Year in Oriya 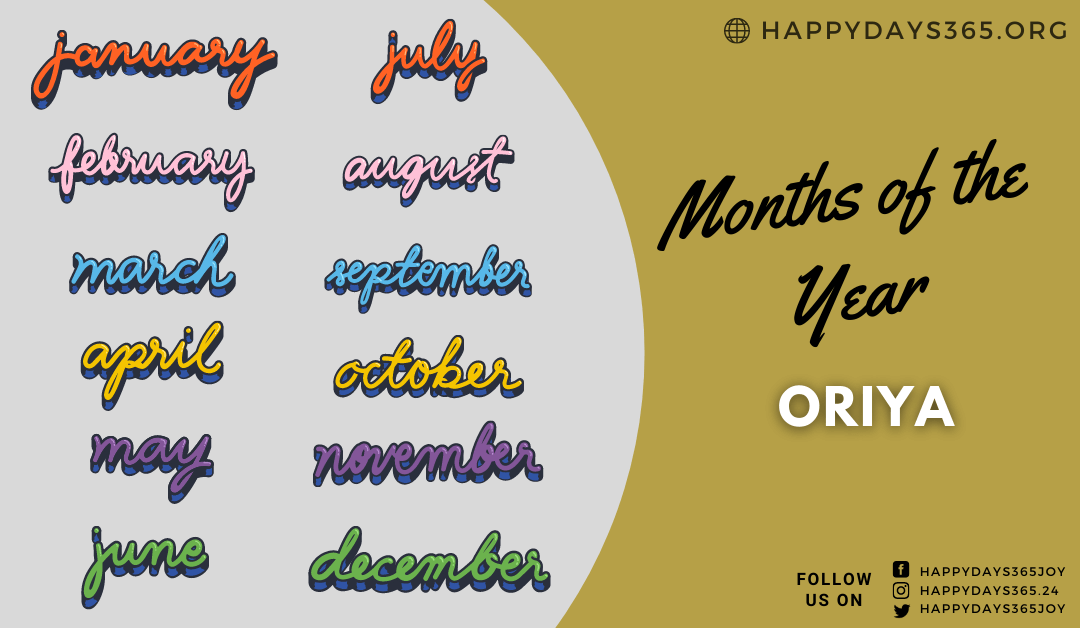 Oriya is the state language of Odisha, India, and has been officially recognized in regions like Jharkhand, Chhattisgarh, West Bengal, and Andhra Pradesh. This language comes under the language family of Indo-European and has over 35 million native speakers all around the world. It is the sixth Indian language to be designated a Classical language. People who speak the language are called Odias. The early form of the language is called Prakrit. Oriya has various dialects namely Northern dialect, Northwestern dialect, Central dialect, Southern dialect, Western dialect, Desiya dialect, and Adivasi dialect. In the upcoming passage let’s see how to say months of the year in Oriya.

How to Say English Months in Oriya

Here is the list of gregorian months of the year in Oriya.

How to Say Oriya Months in English

The Oriya language has a unique calendar apart from the English calendar, in which the number of days in each month varies between 29 and 32.