Months of the Year in Dutch 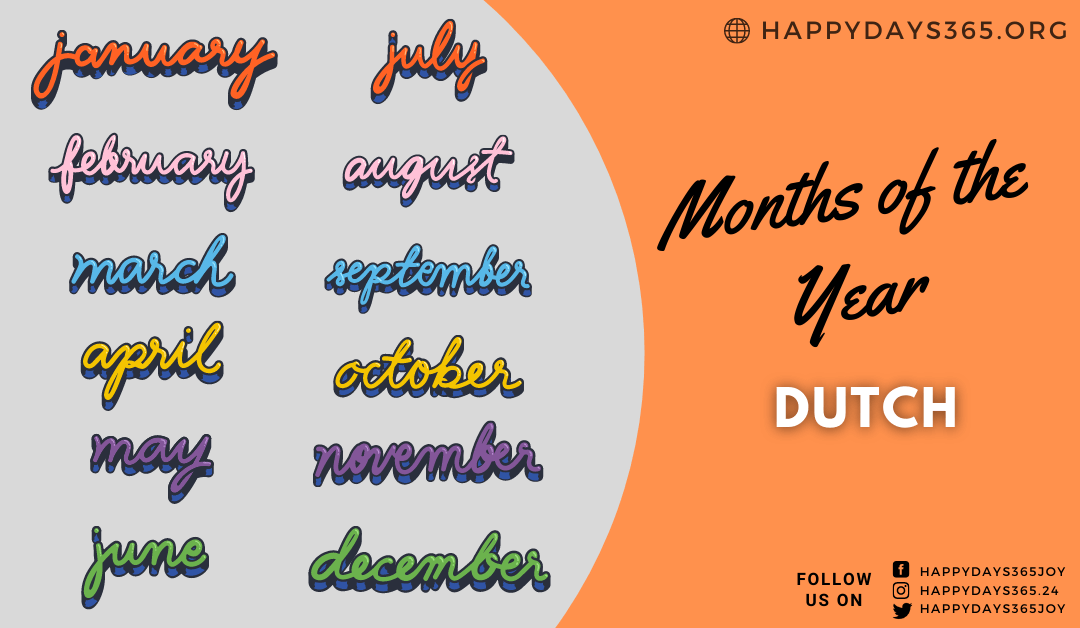 Dutch is an official language in Belgium, Netherlands, and Suriname. It is a West Germanic Language spoken by over 24 million people all around the globe. After English and German, it is the third most popular and widely spoken Germanic language. It also has official status in Aruba, Curaçao, and Sint Maarten. Dutch comes under the language family Indo-European. The language has two writing forms: Latin (Dutch alphabet) and Dutch Braille. The early form of Dutch is known as Old Dutch. It has several different dialects, namely West Flemish, Hollandic, Dutch Low Saxon, Eastern Hollandic, Brabantian, and Limburgish. In this article, let’s see how to say Months of the Year in Dutch.

In Dutch, the word months is said as Maand and the plural form of the month is written as maanden. So let’s see how to say Months of the Year in Dutch.

Related Guide: Days of the Week in Dutch

How to Say English Months in Dutch

Here let’s see how to say English months in Dutch in the table below.