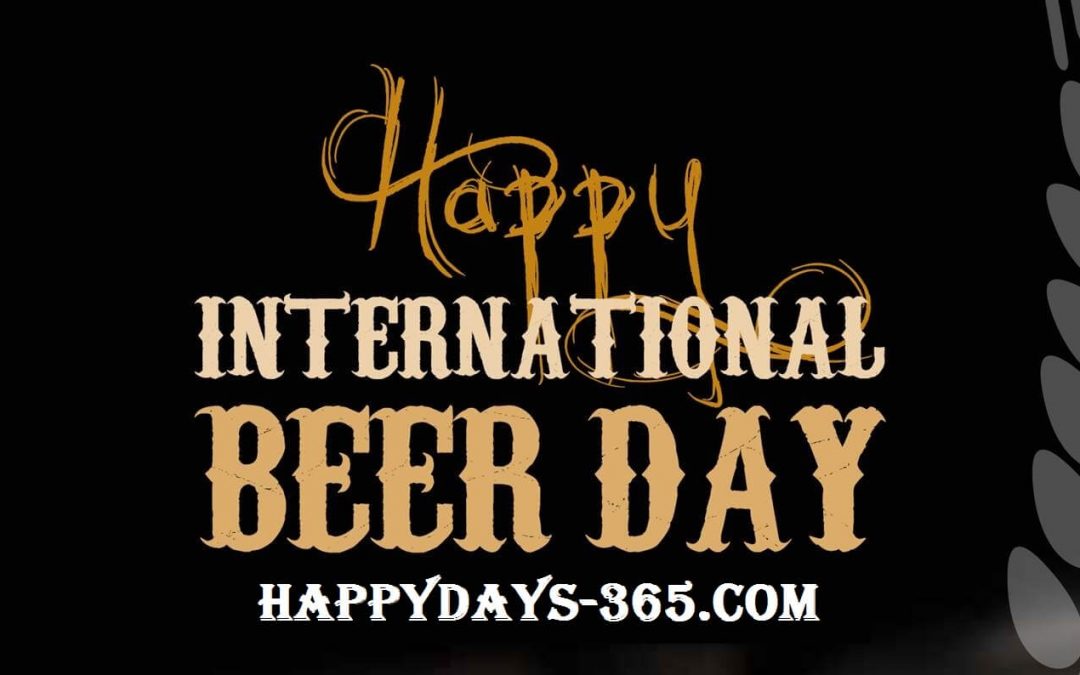 International Beer Day is observed on the first Friday of every August. This year it will be celebrated on August 2. International Beer Day is a worldwide celebration of beer taking place breweries, backyards and pubs all over the world. It is a day for all beer lovers everywhere to raise a toast to our brewers and bartenders and rejoice in the greatness of beer. This day was created to celebrate the production, consumption and enjoyment of the beer. Beer is an alcoholic beverage made by dissolving sugars found in cereal grains such as wheat or barley. Many beers around the world are steeped with hops, herbs or fruits that add flavour to the drink.

“Beer. It always seems like such a good idea at the time, doesn’t it? What’s worse is beer seems like an even better idea after you’ve had some beer.” – Steven Hall.

International Beer Day celebrates the art and science of brewing beer and encourages people to try out new flavours of the beer. International Beer Day was established in 2007 by Jesse Avshalomov, Evan Hamilton, and Aaron Araki in San Francisco, the US as a way to bring friends and strangers together over pints of beer. Internation beer day has grown from a small localised event in the Western United States into a worldwide celebration crossing 207 Cities, 50 Countries and 6 Continents. Diverse and new experiences are the hallmark of International Beer Day. It encouraged the peoples to share techniques on how to make beer along with how to enjoy it.

Other Celebrations on August 2

August 2 is also celebrated as

How To Celebrate International Beer Day

On International Beer Day, associate with friends and benefit from the taste of beer. If you brew your beer, share your beers with friends and family and get their feedback. Take a winery tour and spend time with learning the science behind beer making. Together with friends and enjoy the taste of beer. To feast those responsible for brewing and serving. To unite the world under the banner of beer by celebrating the beers of all nations together on a single day. Participants are urged to give one another the gift of beer by getting each other drinks and to explain gratitude to Brewers, Bartenders and other Beer technicians. Take pictures with your friends while drinking and share them on social media’s by using the hashtag #InternationalBeerDay.

Thank you for reading the post. You can feast every day with Happydays365.org and Happy International Beer Day 2019.