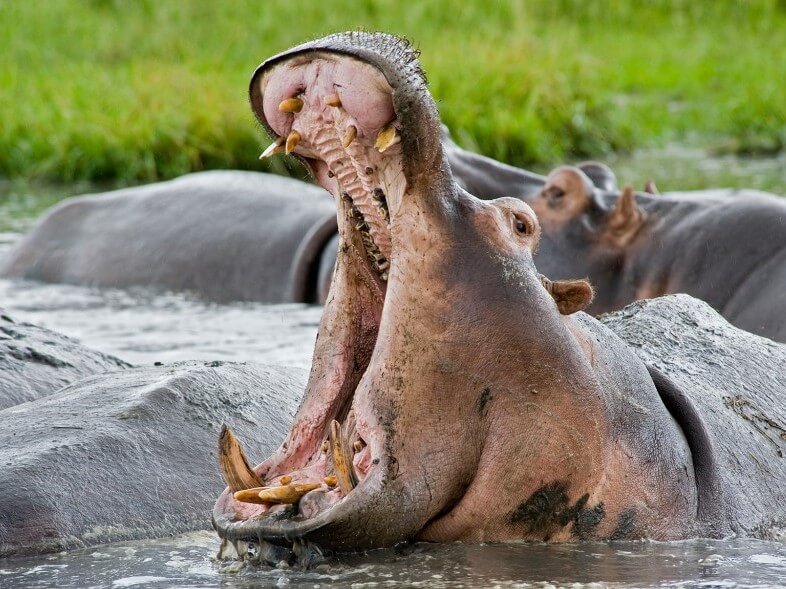 National Hippo Day is commemorated on February 15 of every year. Hippopotamuses love water, which is why the Greeks named them the river horse. Hippopotamus or Hippo is the third-largest type of land mammal after elephants and rhinoceros. These mammals can be identified with wide-opening mouths revealing large canine tusks, nearly hairless bodies, and large size weighing the average of 1,500 kg. This hippopotamus lives near rivers, lakes, and mangrove swamps and they are not territorial on land. They emerge at dusk to feed on grasses. The hippopotamus is aggressive, unpredictable, and has attacked humans before. They are poached for their meat and ivory canine teeth.

The reason behind the creation of National Hippo Day is still unknown. Robert F. Broussard introduced the American Hippo Bill, in 1910. This bill proposed $250,000 in funding from the federal government to import the hippopotamus from Africa to solve two problems at once: the meat shortage in the United States and the fast-growing plant-species called the Water Hyacinth invading Louisiana’s waterways. The bill failed by one vote and that kept hippo from coming to America. Hippopotamuses have been the subjects of various African folktales. According to a san story; the creator assigned each animal its place in nature. The hippos wanted to live in the water but were refused as they might eat all the fish. After begging and appealing, the hippos were allowed finally to live in the water conditions that they would eat grass instead of fish.

Other Celebrations on February 15

February 15 is also celebrated as

How to Celebrate The Day

Celebrate National Hippo Day by raising awareness to protect and support hippos. These mammals are primarily killed for their meat. You can spend time on reading books and articles about hippos to know their beauty beyond their face. Best way to celebrate the day is to get out and show some love to the hippos. Post pictures and share your thoughts about National Hippo Day on social media by using the hashtag #HippoDay.

Thank you for reading the post. You can celebrate every day with Happydays365.org and Happy National Hippo Day 2021.