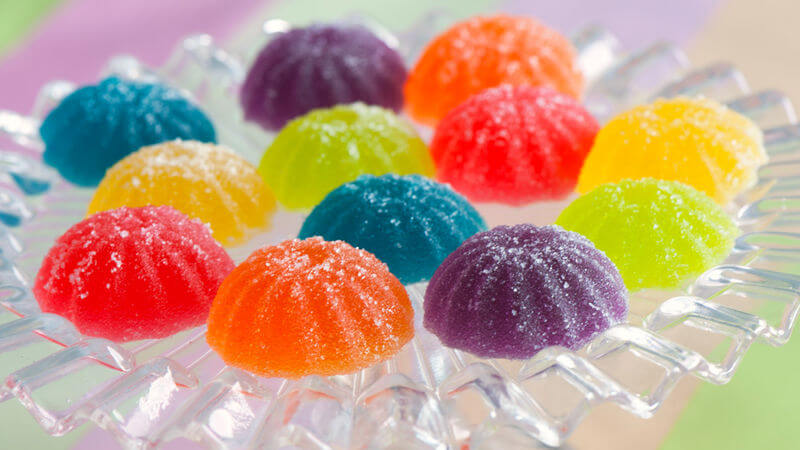 National Gumdrop Day is acknowledged on February 15 of every year. Gumdrop is a type of candy that is brightly colored, shaped like a small dome or bell and often coated in granulated sugar. They are available in fruit and spice flavors; the latter is also known as spice drops. They are commonly used for decorating cakes and cupcakes. During Christmas time, this candy is used as an ingredient in making gingerbread houses, amongst other confections. It is a treat day for all candy lovers to enjoy the handful of gumdrops.

“If bitterness wants to get into the act, I offer it a cookie or a gumdrop.” – James Broughton

Founder and the origin of National Gumdrop Day are not known so far. Although a legend has it that the gumdrop was created in 1801, the exact information of the candy’s creation is not precise. It is believed that modern gumdrop is established in 1915 by Percy S. Truesdell who is a chemist and candy manufacturer. He started producing gumdrop with an enhanced texture, using a formula by adding starch, which he developed at Ohio State University. According to 1948 article, gumdrop had previously been a hard-candy, and Percy turned it into the smooth, chewy delight.  At his death, he became known as the Gumdrop King.

Other Celebrations on February 15

February 15 is also celebrated as

National Gumdrop day can be marked by having as many gumdrops one can have. Gumdrops are also used in cookies, to decorate cakes or cupcakes, in popcorn cake, and for even crafts and gifts. One can try out recipes of gumdrop candies and share them with your family and friends. Gumdrops can be the best gift for your sweet tooth friend. These gumdrops can instantly rekindle the fondest of your memories. Post pictures and share your thoughts about National Gumdrop Day on social media by using the hashtag #GumdropDay.

Thank you for reading the post. You can celebrate every day with Happydays365.org and Happy National Gumdrop Day 2021.